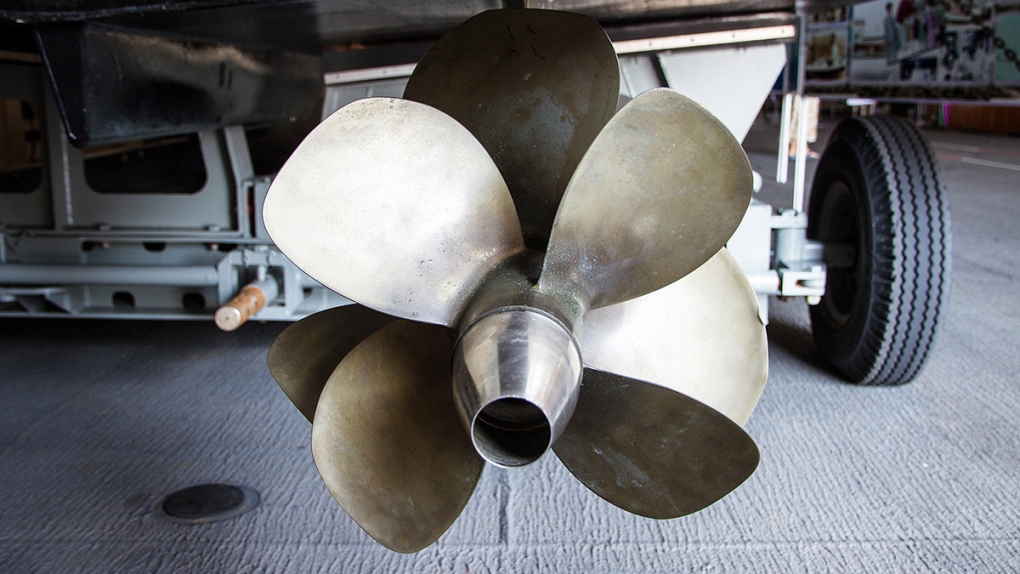 A brass boat propeller is seen in this file photo.

LONDON, ONT. -- Provincial police are asking for public help after a brass ship propeller and copper radiators valued at $10,000 were stolen in Port Dover.

Investigators were called to the scene around 10 a.m. on Monday after the break and enter at a Chapman Street East address.

Police say sometime in the early morning, suspects entered a storage facility on the property and stole the copper radiators and a solid brass ship propeller.

According to officials, the propeller weighs in at more than 360 kilograms, and would have required several people and a vehicle to move.