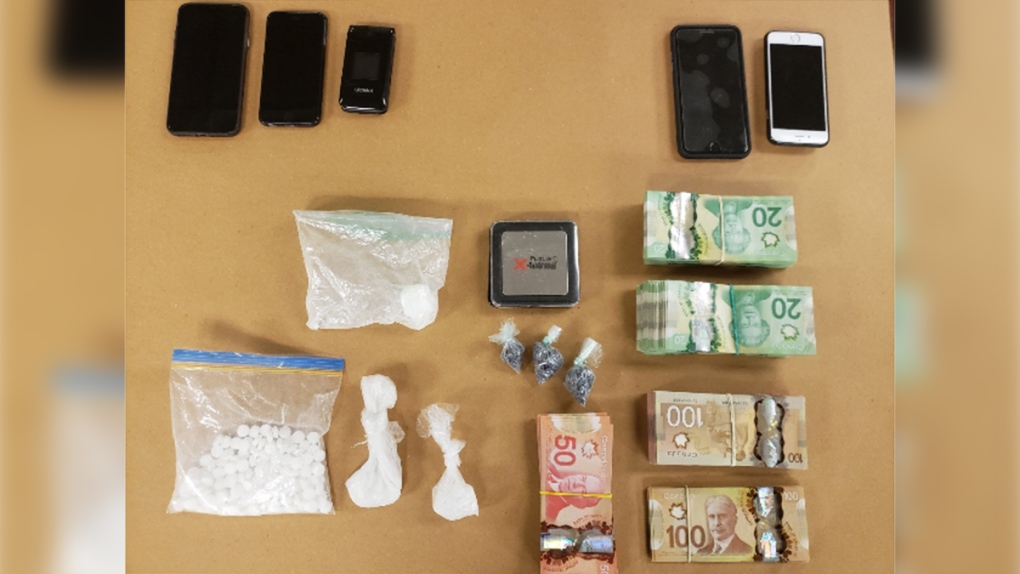 Drugs, cash and cell phones seized in London, Ont. on Saturday, June 13, 2020 are seen in this image released by the London Police Service.

MIDDLESEX CENTRE, ONT. -- Two London men are facing trafficking charges after more than $42,000 in drugs and cash were seized from a home on Wharncliffe Road North.

Police executed a warrant on a residence on Saturday, and after arresting two men also searched a vehicle.

As a result of the searches, officers seized:

As a result a 34-year-old London man has been charged with two counts of possession for the purpose of trafficking and failing to comply with a release order.

He was expected to appear in court on Monday in connection with the charges.

A 26-year-old London man is also facing two counts of possession for the purpose of trafficking. He was released pending a court date in September.