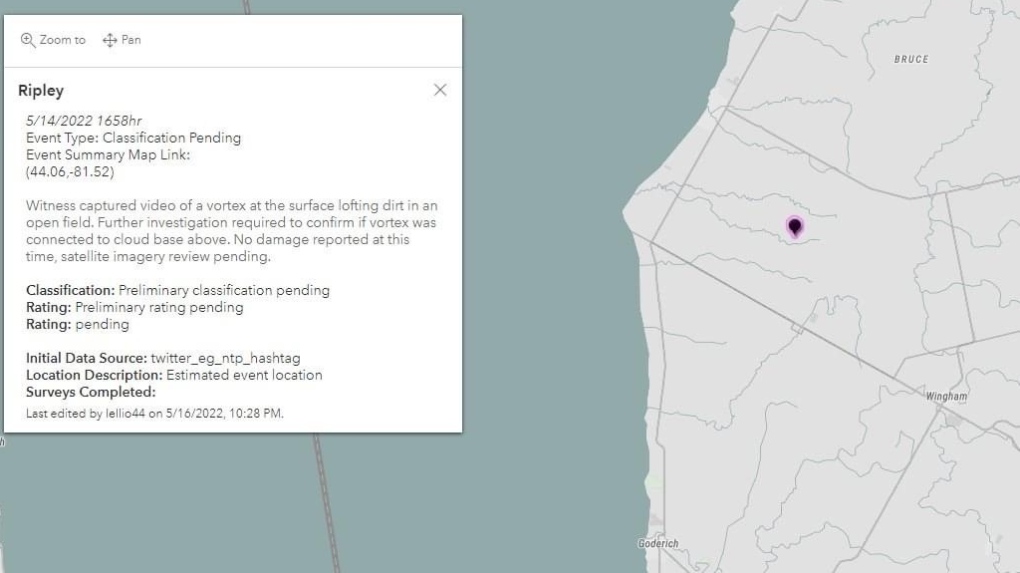 Experts with Western University’s Northern Tornadoes Project are investigating a potential tornado that may have touched down near Ripley, Ont., in Bruce County, on Saturday afternoon.

Witnesses apparently captured video of a vortex lifting dirt in an open field around 5 p.m. Saturday.

No damage was reported in the area, but officials with the Northern Tornadoes Project are apparently looking for more video or information about this potential twister.

Ontario’s first tornado of 2022 was confirmed on Sunday. It touched down near the community of Casselman, Ont. near Ottawa and was rated an EF-0.