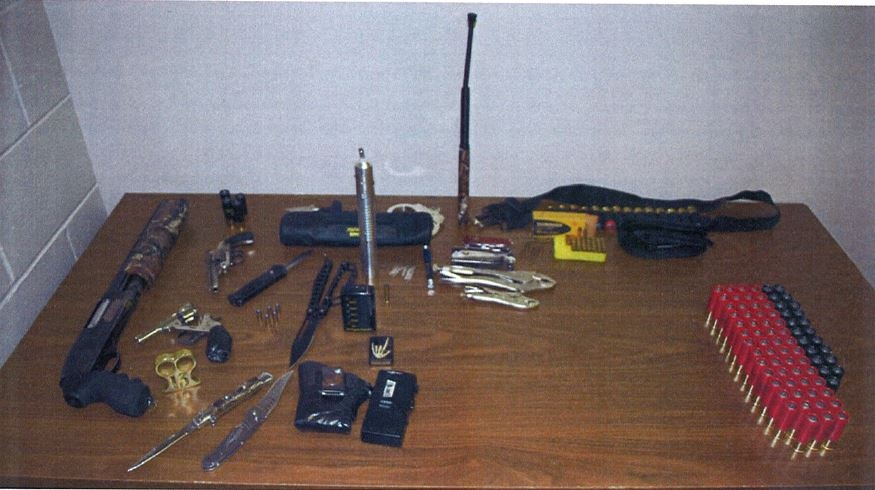 A photo provided by the Hanover Police Service shows a sawed-off shotgun, two 32 calibre revolvers, switchblades, brass knuckles, a stiletto knife, ammunition, an expandable baton, break and enter tools and a recording device seized at an area hotel on April 28, 2014.

A Toronto man just released from jail is back behind bars after a collection of loaded weapons were found in a Hanover hotel room this week.

Hanover police say a loaded sawed-off shotgun, a loaded revolver and other weapons were seized.

An officer and the suspect suffered minor injuries as a struggle ensued during arrest.