An honour guard lined the parking lot as members of the St. Thomas Fire Department (STFD) brought the casket of Nick Cheeseman from his funeral.

With the entire STFD consisting of nearly 60 members attending the funeral, a pair of dispatchers from Kitchener Fire filled in, and a London fire crew was covering off a replacement shift.

“It’s a brotherhood and sisterhood and they’d do the same for us. It’s a necessary part of the grieving process for them to be together.”

It is the fourth time in the past 21 years, a London, Ont. team has helped St. Thomas for a firefighter funeral. 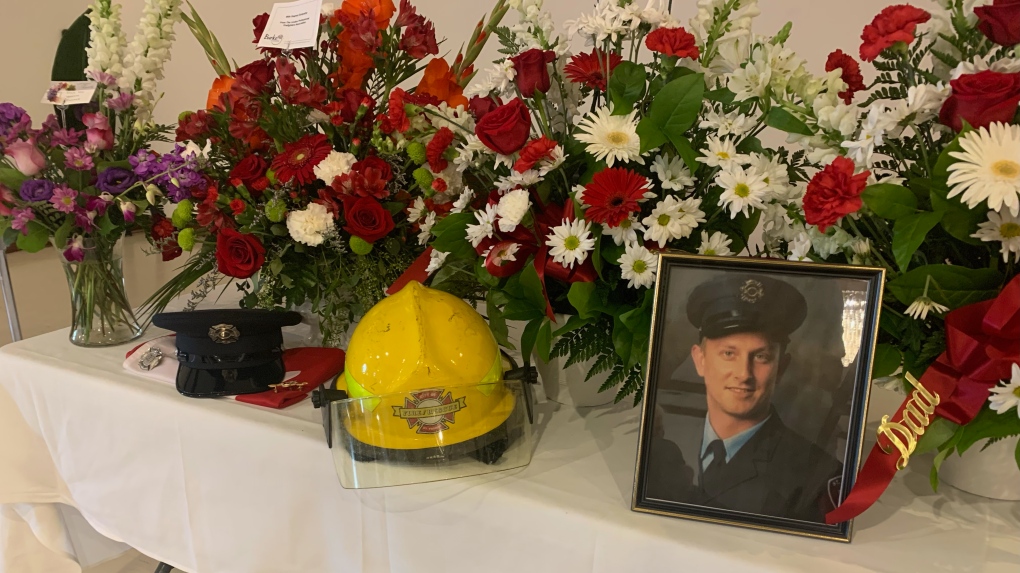 The funeral for St. Thomas firefighter Nick Cheeseman was held in St. Thomas, Ont. on Saturday, Aug. 6, 2022. (Brent Lale/CTV News London)
Cheeseman, 34, was killed when his motorcycle collided with an SUV near the southeast end of St Thomas’ city limits Thursday, July 28.

OPP says no charges have been laid.

Saturday, firefighters from around southern Ontario packed the Masonic Centre south of St. Thomas, Ont. to pay their respects.

“He was so proud to service others, and do the job that many of us do in this room,” says John Reid, Nick’s cousin, and a fellow firefighter

Reid and Cheeseman were avid motorcycle riders, and had plans to take a road trip this weekend.

“We were going to do the Tail of the Dragon in Tennessee, and unfortunately I’ll have to do that without him sometime. Hopefully with some of you in this room, that would be great.”

“We can find solace in the fact that Nick did live his life fully,” says Ryan.

“He created an unbelievable little guy with Erica, and we got his back moving forward, and we know you guys are here to support us.  We’ll do our best to fill that gap. I love you so much bro, and give heaven some hell for me ok.”

Smith called it a “difficult day” for the entire department.

“We’re coping the best we can. Sometimes it’s just nice to be at the hall so we can be together. We can reminisce and help each other.”

An online fundraiser has raised over $55,000 in over a week. 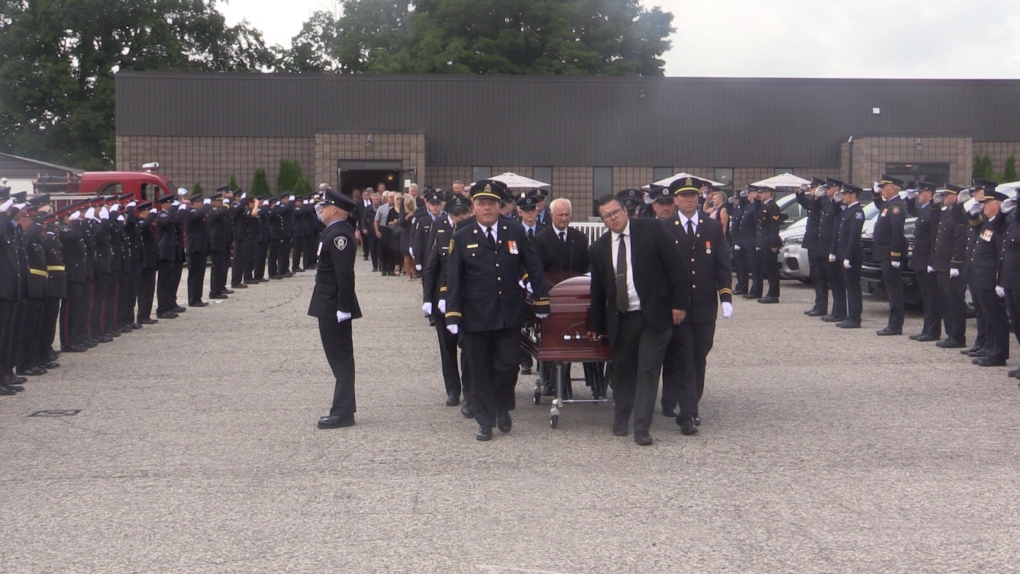 Firefighters from across southern Ontario attend the funeral of Nick Cheeseman. The St. Thomas, Ont. firefighter was killed in a motorcycle crash on July 28, 2022. (Source: Brent Lale/CTV News London)

Rent support, dental cheques would be 'eviscerated' by inflation: Conservatives

Liberal payments for dental care and rental housing will only add to inflation, without providing relief from the rising cost of living, Conservative MPs argued in the House of Commons on Monday.

Quebecers head to the polls, under half of voters have cast a ballot

Athletes say beneath the surface of Rowing Canada is a toxic environment within the national organization, which prompted a third-party investigation.