'We think we have best goalie in the OHL:' Brett Brochu to anchor Knights net as season opens

'We think we have best goalie in the OHL:' Brett Brochu to anchor Knights net as season opens 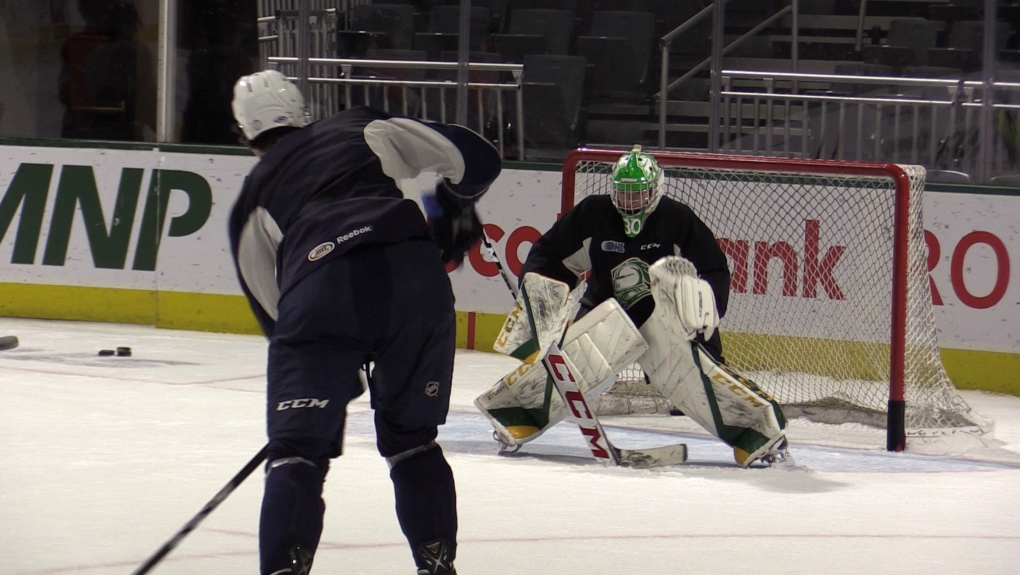 Brett Brochu,20, from Belle River, Ont. is back for an overage season with the London Knights after winning a gold medal with Canada’s World Junior Team. (Source: Brent Lale/CTV News London)

Coming off the high of winning a gold medal for Canada’s World Junior team, Brett Brochu was hoping to start his professional career this season.

However that will be put on hold for at least one more season.

“I would say it's not it's definitely not disappointment to be a London Knight,” says Brochu, 20, ahead of Friday night’s season-opening game against the Owen Sound Attack.

Brochu, of Belle River, Ont., was sent back to London, Ont. for an overage season after a tryout with the Vancouver Canucks. 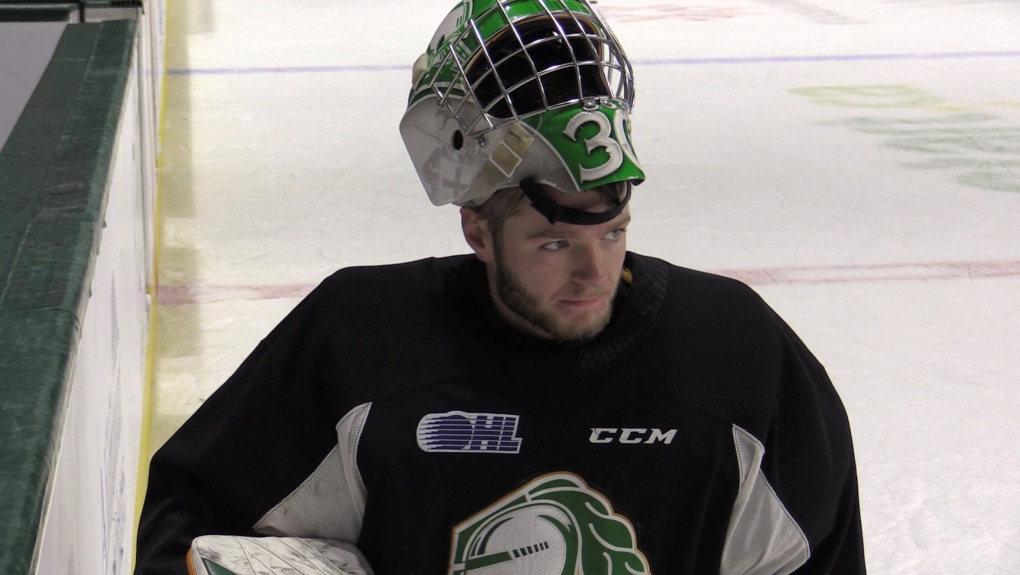 “It is my last chance and I think it's my last chance to win for the guys as a London Knight night so I'm really looking forward to this year,” says Brochu, who went undrafted in the NHL draft this summer.

“It’s awesome to be here and no matter what it's a great experience every time I get to get to step on the ice here.”

He was named OHL goaltender of the year ago after posting a 29-11-2 record with a 2.75 goals against average and two shutouts a year ago.

With a lot of uncertainty as to who will put the puck in the net this year with a number of forwards having moved on, head coach Dale Hunter is thrilled to know he has security in goal.

“We always hope that he will get a contract, but we have had a lot of overage goalies that come here and they play well and they get a contract and then move up to the next level,” says Hunter.

“So we just hope that we need them to have a big year for us and he needs it to get a contract, so it's a double whammy for us.”

It would not be a surprise to see him play the majority of the team’s games this season, although it won’t be all of them.

“They're going to get their chances as we have a lot of three-in- threes (three games in three days over a weekend). We got a few of them so they got to play, as Brett can't play three in a row. So they have to play some games, so it gives them a good chance like, like Brochu had when he was 17.”

Brochu tells CTV News that the only stat he cares about is wins. He wants personal stats, but during the season, he doesn’t look at his numbers.

“Obviously I want to win so I think that's the biggest thing that I'm looking forward to this year is having a good chance at winning the league,” says Brochu.

“I know what I need to work on and there's a lot of things that I can get better at.”

When asked what he felt he needed to improve, he kept tight-lipped.

“It's simple, but we can’t go into a lot of details here as I don't want to give away too many secrets of weaknesses.”

Judging by his play since his arrival in London, there aren’t many weaknesses for opponents to discover.