LONDON, ONT. -- Four Provincial Sports Organizations (PSO) have come together to form a coalition in hopes of getting answers from the province when it comes to returning to play.

The PSO's for baseball, soccer, softball, and soccer have penned a letter to Premier Doug Ford representing the 855,000 participants of their respective sports in Ontario.

"We're not too far off from that first sort of benchmark of June the 14th to start practice and shortly thereafter, we'll be ready for games so we'll need that fairly quickly. We're looking at how we're supposed to manage baseball teams of 12 to 17 people in frameworks of 25 players." 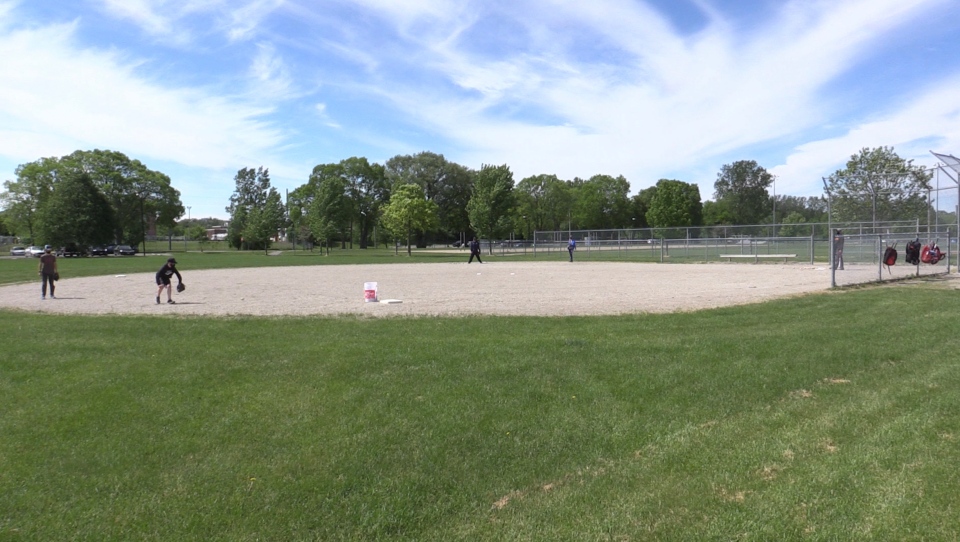 In the letter, the coalition group is asking for five questions to be answered:

1. The Government of Ontario prepare and release the regulations implementing Step 1, Step 2 and Step 3 of the Roadmap to Reopen by June 3, 2021 at the latest. This will allow the adequate time for the provincial sport organizations to prepare for the contemplated reopening on or about June 14, 2021.

2. The Government of Ontario clarify in those regulations that the limitation of "10 people" in Step 1 is 10 players and that coaches, support personnel and facility officials do not count towards the limit.

3. The Government of Ontario increase the limit on training in Step 1 from "10 people" to "25 players."

4. The Government of Ontario confirm in those regulations that outdoor team sports may begin competition (games and scrimmages) in Step 2 and not just be limited to training.

5. The Government of Ontario confirm in those regulations that outdoor team sports are not limited to leagues of 50 players, if not in Step 2, then definitely by Step 3.

Currently groups of five can get onto sports fields, but no organized sports can take place. That has led to concerns of people going rogue and not following any protocols.

"Limiting outdoor activities to five people really only allows kids to go out and walk, but kids don't want to walk, they want to play sports," says Shah Zafar, president of Cricket Ontario.

"When we give out a protocol that under which the sports will be played people respect it because it becomes a rule for them under the new environment. It has been reviewed by medical people and it is safe to do that."

Zafar says all the outdoor sports in their coalition have built in social distancing. They believe they have effective protocols in place similar to Golf Ontario.

"We want government to utilize our help," says Zafar.

Brooks feels Baseball Ontario's protocols were safe and effective in 2020.

"There's no reason why we can't execute that again," says Brooks.

"It would be great if all the provincial sport bodies could just give the return to play protocols to the government and the government just let us run with it. We will be in great shape to get in the field."

In the letter to the province the coalition feels PSO's in Ontario are not being treated in the same manner as other provinces like British Columbia, Alberta and Saskatchewan.

"Over the past number of months, we have submitted letters, petitions with over 10,950 signatures, phone calls, emails and social media messaging, all of which have gone unanswered," says the coalition.

"We are the subject matter experts in our fields, yet our voices do not seem to be heard and certainly are not being listened to."

CTV News reached out to the Minister of Heritage, Sport, Tourism & Cultural Industries Lisa Macleod, but did not receive a response. 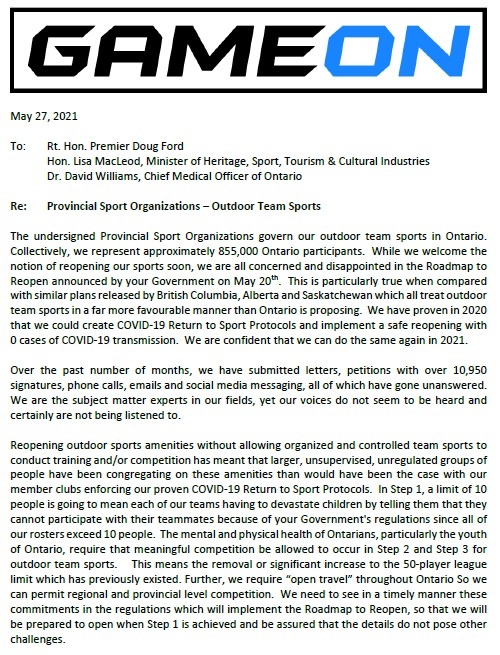 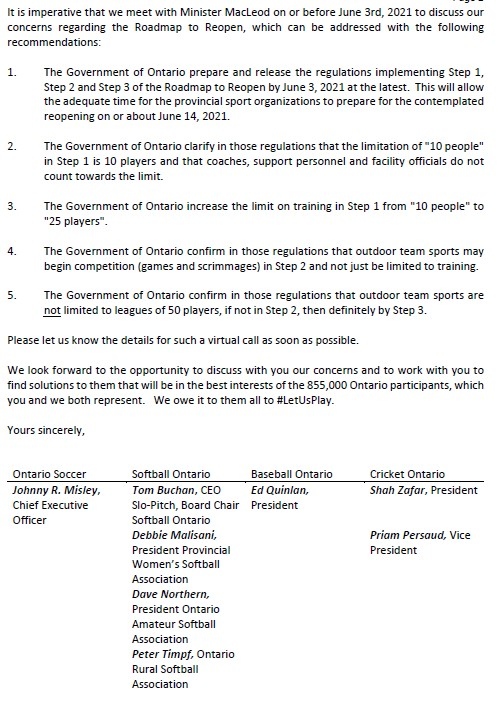