'We have a council that is not reflective of the diversity in our city': Salih and Helmer won't seek re-election 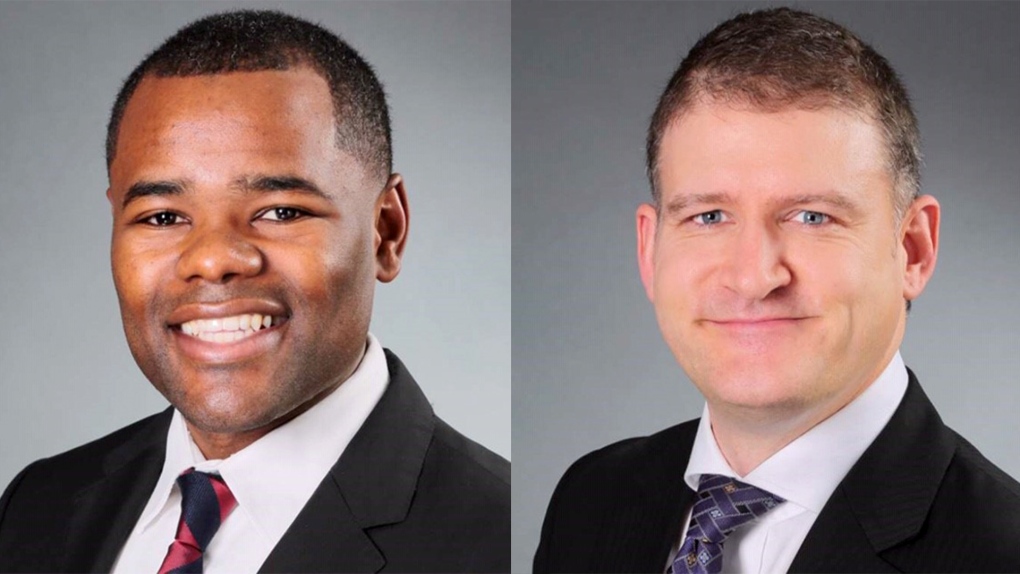 LONDON, ONT. -- In a surprise move, Councillors Mo Salih and Jesse Helmer announced Wednesday morning they will not be seeking re-election.

“Making space for new voices and diverse perspectives is how we renew the progressive movement,” read a joint statement from the wards three and four councillors.

Salih and Helmer both won in lopsided victories in the 2018 election and both are two-term incumbents.

In their statement, the councillors said they would like to see more women of colour make it on to council, noting that only men had ever served in their respective wards.

"It's important to have more women, and more women of colour take up these positions and have an impact on our community," Salih tells CTV News.

Salih and Helmer have long been champions of diversity on council, with Salih issuing a powerful statement last June in the wake of Black Lives Matter issues coming to forefront in the community.

"We have a council that is not reflective of (the diversity) in our city, and we need to do better," adds Salih.

London Mayor Ed Holder issued a statement following the pair's announcement saying he was suprised but supportive of their decision.

"When I heard how they arrived at their decision, I was completely supportive, and found myself once again reminded why both individuals have been such thoughtful contributors to so many different aspects of London's growth as a community," read Holder's statement.

When it comes to what might be next Salih did not say if he will seek a provincial or federal seat.

"Time will tell, and I look forward to the days ahead," said Salih.

You can read their full statement below, along with the statement from Mayor Ed Holder.

#ldnont|ers:@MohamedMOSalih and I are making space for new people. #makespace pic.twitter.com/dTLO9ln8gK