LONDON, ONT -- A homeless London man is recovering from surgery on a fractured ankle after being thrown from a dumpster into a garbage bin Monday.

Looking for a place to stay warm, the 42-year-old man had climbed into the downtown bin to sleep, not expecting it to be emptied.

The man's family is speaking out to thank the person who saved his life, however wished to remain anonymous to protect the identities of all involved.

"I thank you from the bottom of our hearts for helping him, we are very grateful," said the man's mother who wished to be identified as Robin. 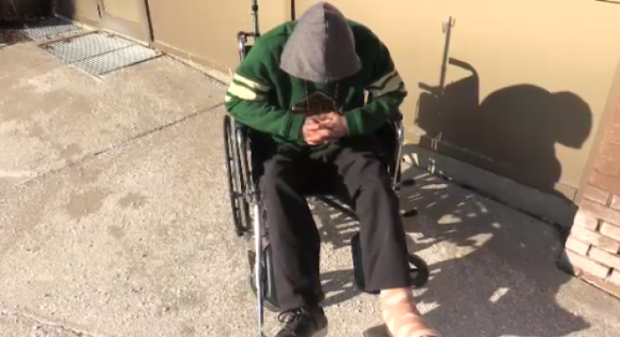 Robin says her son has agreed to attend rehab and detox programs, and hopes he will be able to get some mental health help.

However she says LHSC wants to release him in a rented wheelchair, but he currently is injured with nowhere to go.

"The homelessness is beyond what anyone recognizes until you see it with your own family member," Robin added. "There is nowhere for him to go."

She added he has a severe injury and can't walk, and although they are trying to arrange a shelter room, they are all full.

It's something all too common according to the London Homeless Coalition. There is a backup in the system without affordable options for housing. 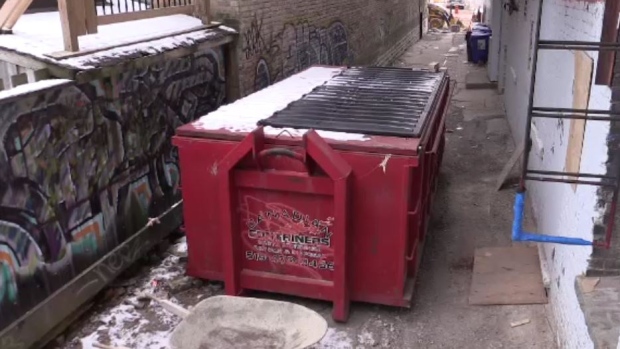 "More and more people are sleeping on the streets...shelters are full, and there aren't safe places for people that are warm and sheltered," says homeless advocate Abe Oudschoorn. "We are hearing about people sleeping in car parks, building stairwells, and even at the hospital overnight."

Robin was surprised her son was living on the streets, and says they are trying their best to get him a home through the Canadian Mental Health Association.

"I don't think he wants to end up that way again because this scared him," she added.