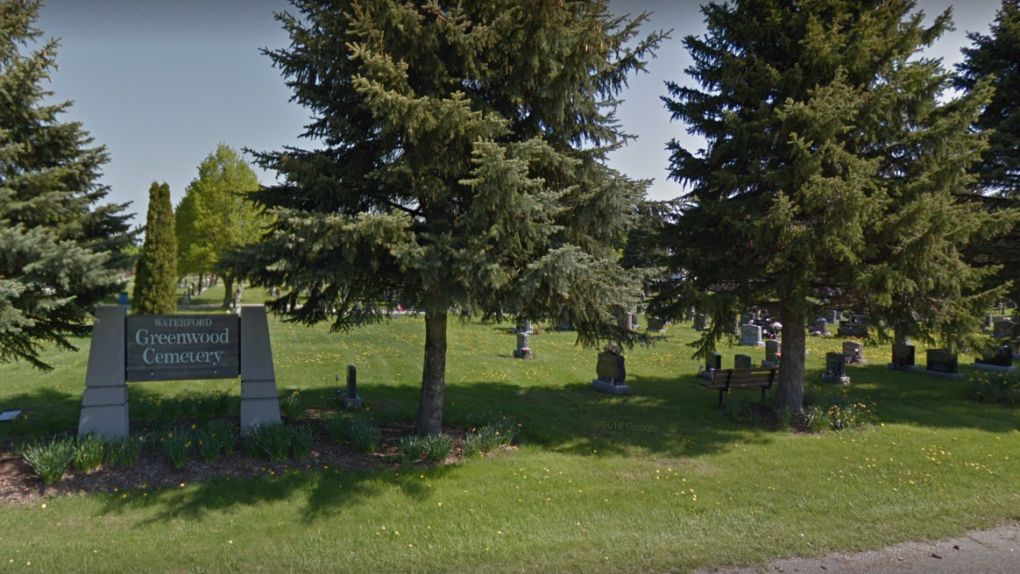 LONDON, ONT -- The Waterford Greenwood Cemetery has been hit by vandals for a third time according to provincial police in Norfolk County.

On Tuesday around 11:05 a.m. police were called after damage from vehicles was found on the cemetery grounds.

According to police an unknown vehicle entered the cemetery and drove on the grass causing damage.

The vehicle also drove around several headstones but luckily none were damaged.

On Nov. 2, police were called to investigate after a vehicle did donuts in the cemetery causing extensive damage.

According to OPP there have now been three incidents at the cemetery.

Police are reviewing surveillance footage in the hopes of indentifying those involved.

Anyone with any information is asked to contact Norfolk OPP.