LONDON, ONT -- A new ticketing system has not led to end of long lines at London’s assessment centres, instead they are simply earlier in the day… 5:30 a.m. to be exact.

By 6 a.m. the line to get a ticket at the Oakridge assessment centre stretched more than a kilometre.

Ken Eastwood with 1290 CJBK captured the video this morning measuring the distance.

The line stretches through the neighbourhood well before the assessment centre is even due to open at 9 a.m.

Last week a new appointment ticketing system was introduced in response to long lines during the day.

Since cases began to rise earlier in September the assessment centres have been overrun.

On Tuesday three pharmacies began offering testing in London as another option to those who are asymptomatic but may need to get tested for various reasons. 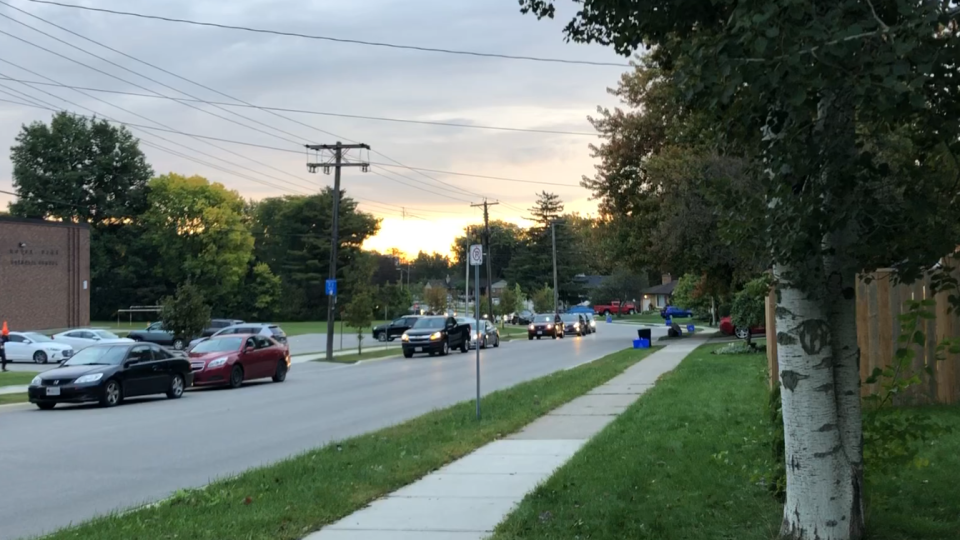 As of 8 a.m. the line at the Oakridge centre had grown and stretched far down Valetta Street.

By late morning Tuesday both assessment centres had handed out their ticket capacity for the day.

The Middlesex-London Health Unit reported a single case on Tuesday.