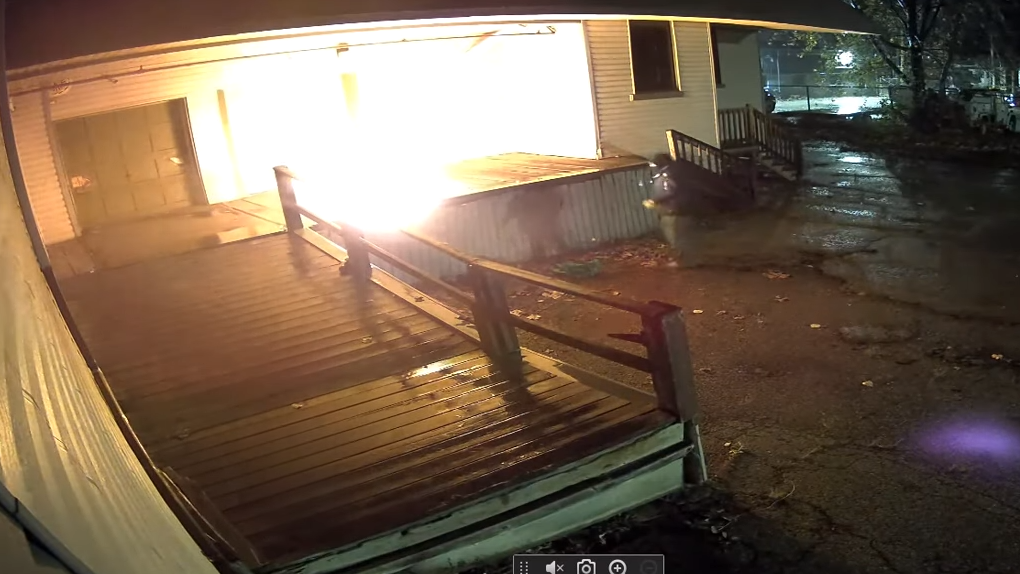 A man is seen trying to spread fire around a building in Sarnia on Nov. 15, 2020. (Supplied by Sarnia Police)

LONDON, ONT -- Sarnia police are looking for two suspects after surveillance footage caught them lighting a building on fire.

Fire crews were called to area of Queen Street and Confederation Street early Sunday morning for a structure fire at a local business.

The fire was quickly brought under control before there was more extensive damage.

The video shows one man appear to spread some sort of accelerant on the exterior of the building before setting the fire and walking away.

A second man than approaches and attempts to spread the fire around before also fleeing the scene.

Anyone with any information is asked to call police. The surveillance video can be seen below:

Sarnia has seen a string of arsons since the start of the month, including a pair of fires at a townhouse complex on Lanark.

Police announced charges in those fires on Monday after a 29-year-old was arrested.