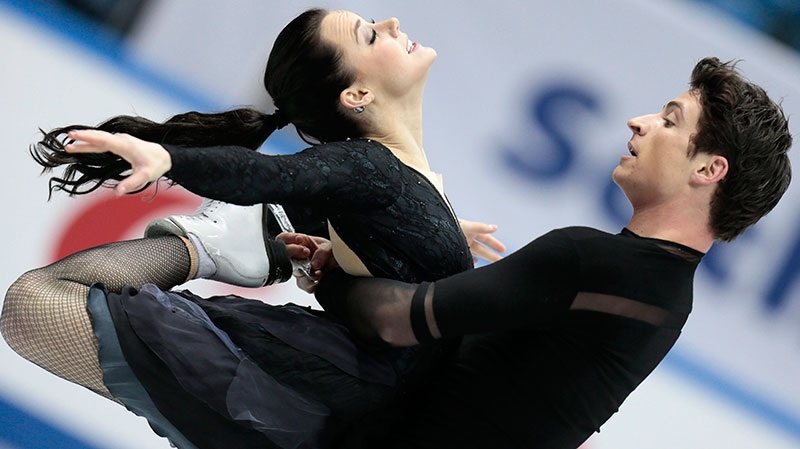 Tessa Virtue and Scott Moir have major ground to make up in their quest for a second consecutive world ice dance title after a night that left Moir less than enamoured with the judges.

Instead, Canada's ice dance darlings tried to focus on the love from the crowd in what was likely their final competitive appearance at home.

``This is probably my favourite competition of my career because I could care less what the 11 people think and more concerned about the 10,000 sitting behind them,'' Moir said, on the judges versus the crowd, which actually numbered closer to 6,000.

``That's a pretty large gap,'' Moir said. ``It's big. This is a big test, it would be easy for us to sit back and really point at the marks. What we'll take back is the way we skated out there, the feeling of skating in front of a home town.''

Davis and White scored 77.12. Russians Ekaterina Bobrova and Dmitri Soloviev were third with 70.05.

Canadian teammates Kaitlyn Weaver and Andrew Poje finished sixth with a season's best score of 67.54 _ despite being off the ice for a good chunk of the last three months.

Earlier in the day, Canadian teen Kaetlyn Osmond finished fourth in the women's short program in her world championship debut.

Canada's ice dancers had one noticeably wobbly moment in their skate to ``The Waltz Goes On'' by actor Anthony Hopkins. Virtue, from London, Ont., and Moir, who grew up 20 minutes north in Ilderton, Ont., were out of synch in their twizzles _ side-by-side one-footed turns that travel across the ice.

Still, when the 25-year-old Moir wasn't thrilled with the scores or the couple's second-place result.

``It's a judged sport, it's not like . . . we win the game by the amount of pucks we put in the net,'' Moir said. ``It's 11 people who are going to decide and it's out of our hands. It's not like we're not concerned about placement, we spend our whole lives working for this moment.''

The 23-year-old Virtue and Moir have been like unofficial ambassadors for the world championships competing in the rink they know so well. It was clear who the crowd favourites were Thursday. About 100 Canadian flags plus dozens of yellow T-shirts _ printed in support of the ice dancers by Ilderton fans _ dotted the arena.

But the two have tried to maintain their focus by pretending they could be skating anywhere in the world. They purposely didn't try to locate anyone they knew in the crowd.

``We could probably recognize a person in each row to be honest with you,'' Moir said.

Weaver and Poje's return to the ice was remarkable considering Weaver broke her fibula when she crashed into the boards on Dec. 14. She only returned to the ice Feb. 7.

``Oh my god. It was a dream,'' Weaver said. ``First we dreamt that we'd make it here, then we did. Then we dreamt that we'd have the skate of our lives, and we did. All of our silver linings just coming together. That's the moment you live for right there. It's everything.''

The Waterloo, Ont., duo were given about a 10 per cent chance of returning in time for the worlds.

``But I clung on to that 10 per cent like nobody's business, I didn't want to think of the alternative,'' said Weaver, who wears special padding in her skate to protect her surgically repaired ankle that now has a plate and five screws.

Osmond, meanwhile, dazzled the crowd with a stunning world championship debut, and finds herself within striking distance of the podium _ a year after she finished 10th at the world junior championships.

Olympic champion Kim Yu-Na of South Korea, scored 69.97 points to win the short program in her first major international appearance in two years. Defending world champion Carolina Kostner of Italy was second with 66.86, while Japan's Kanako Murakami was third with 66.64.

Osmond flew under the skating radar until she won Skate Canada International this season and followed it up with a Canadian title.

Osmond only learned how to land her triple jumps last season.

``It is a little shocking,'' Osmond said. ``It's just unbelievable to see how much progress I've made so fast.''

Kim, meanwhile, showed little signs of rust, skating with the grace and athleticism that earned an Olympic gold medal and a sweep of the scoring records.

``After the Olympics, I felt empty because I had achieved my goal,'' Kim said.

Kim competed at the 2010 and 2011 world championships before taking a break, but didn't stray far from the ice, competing in shows. 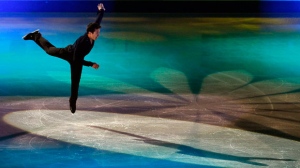 Watch all the coverage of the World Figure Skating Championships in London.