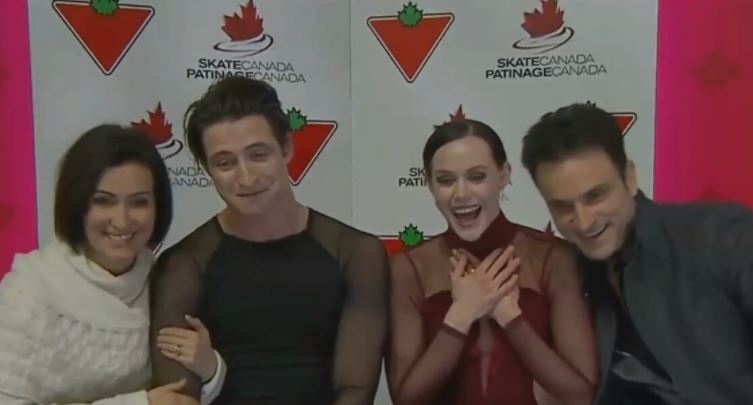 The Olympic gold and silver medallists brought the crowd to its feet with their sensual skate to music from "Moulin Rouge.

“The score is exciting,” Virtue said. “But skating in front of this crowd was something other worldly. It felt as if Canada was with us every single step and we’re so grateful.”

Moir added: “That’s a moment we’ll remember the rest of our lives.”

The Twitterverse lit up after their skate in Vancouver.

Virtue and Moir will compete in the Pyeongchang Olympics next month.