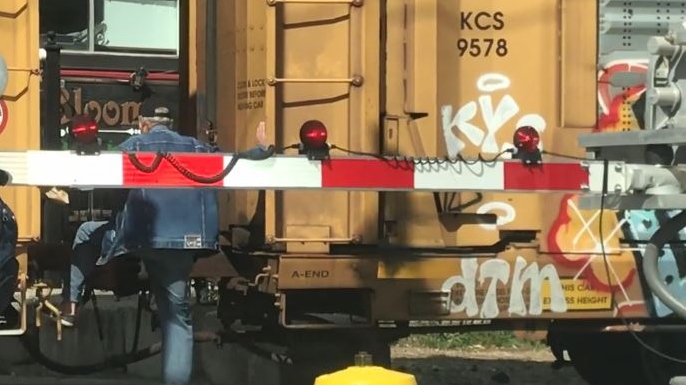 No matter how much of a rush you're in, never try to beat a train in your vehicle, or on foot.

A video posted on Reddit two days ago by user Squiggy_Pusterdump shows a man trying to cross the tracks at Richmond Street near Piccadilly.

The crossing arms are down, but the man tries to get through the cars by climbing on top of them.

The train then reverses and he thinks twice.

Police say this an extremely dangerous move that could have resulted in injury or death.

Risky railway Richard rocks out right on Richmond. from r/londonontario