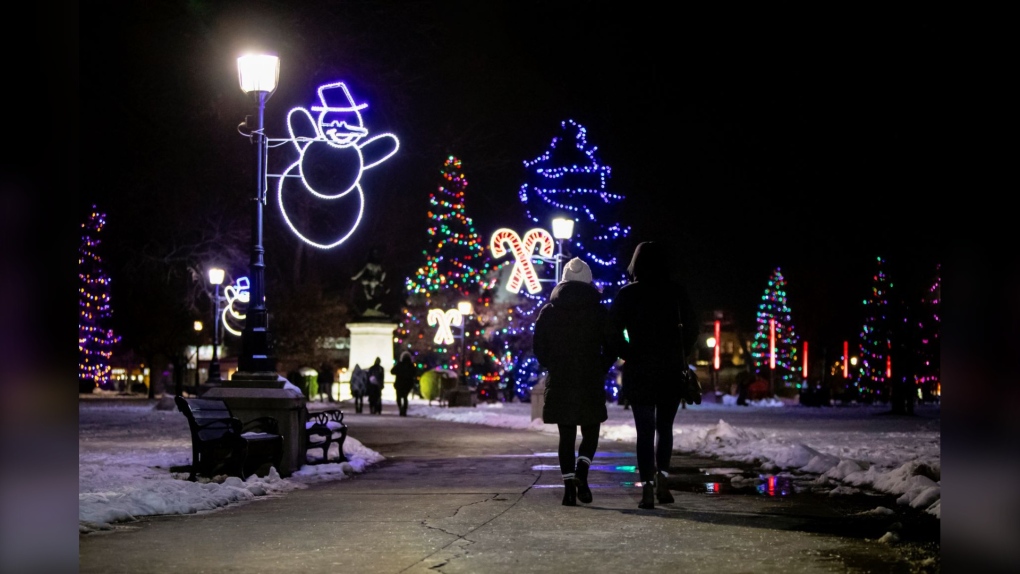 The City of London will kick off its annual “Lighting of the Lights” at Victoria Park on Friday evening, and the city is inviting everyone to partake in the holiday fun.

According to a press release from the City of London, live entertainment will begin at 6:15 p.m., with the official countdown to the lighting of the entire park beginning at 6:50 p.m. on Friday.

“Lighting of the Lights is a longstanding tradition dating back to 1958 that marks the official start of the holiday season in London,” said Mayor Josh Morgan in a statement. “My family and I are looking forward to seeing Victoria Park transform into a winter wonderland, illuminated with festive lights and displays for Londoners to enjoy through the holiday season. We hope to see you there!”

With 75,000 lights illuminating the park daily from 5 p.m. to 11 p.m. and lasting until the end of February, Victoria Park will truly transform into a magical winter wonderland.

Other displays include Santa and his reindeer, the Christmas train and snowmen family. Santa’s mailbox will also be in the park for children who want to mail their wish list to the North Pole.

In addition, the observation deck at London City Hall will once again reopen for public viewing at the following dates and times.

What else can Londoners do downtown this holiday season?

The unique indoor/outdoor market will be opened on Friday until 10 p.m., and will be welcoming people for the next three weeks.

But that’s not all. Weather permitting, the outdoor skating rink at Victoria Park will be opened on Dec. 9, so get ready to lace up your skates.

“It will be a December to remember in downtown London, with large-scale events including the Holly Jolly Market, Lighting of the Lights and New Year’s Eve in the Park as well as small-scale activations including musical performances and art crawls taking place throughout December,” the release reads.

To learn more, you can visit the Downtown for the Holidays website.