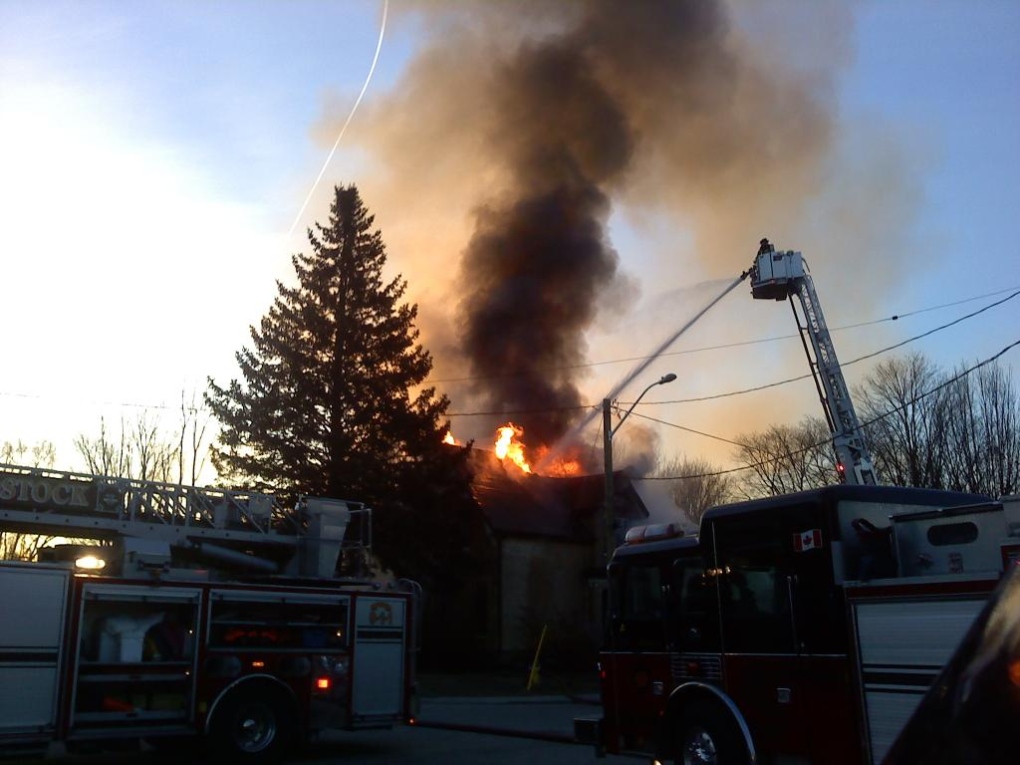 Flames shoot from a home during a fire that killed two people in Woodstock, Ont. on Thursday, March 19, 2015. (Phyllis Humphrey)

Woodstock police have released the the names of the two people killed in a residential fire last week.

Police and the Ontario Fire Marshal's Office continue to investigate the cause of the fire.

Emergency crews were called to 482 McQueen around 6:30 a.m. and found flames and heavy smoke coming from the home.

A man living in the ground floor unit, Clarence Vandebyl, escaped the fire, but Jones and O'Connor, who were in a second floor unit, died.

Vandebyl had tried to rescue those on the second floor, but was forced out by the heavy smoke.

Fire crews pulled Jones from the home, but he was later pronounced dead in hospital. The fire was then too intense to locate O'Connor.

The home is expected to be demolished due to the extensive damage.