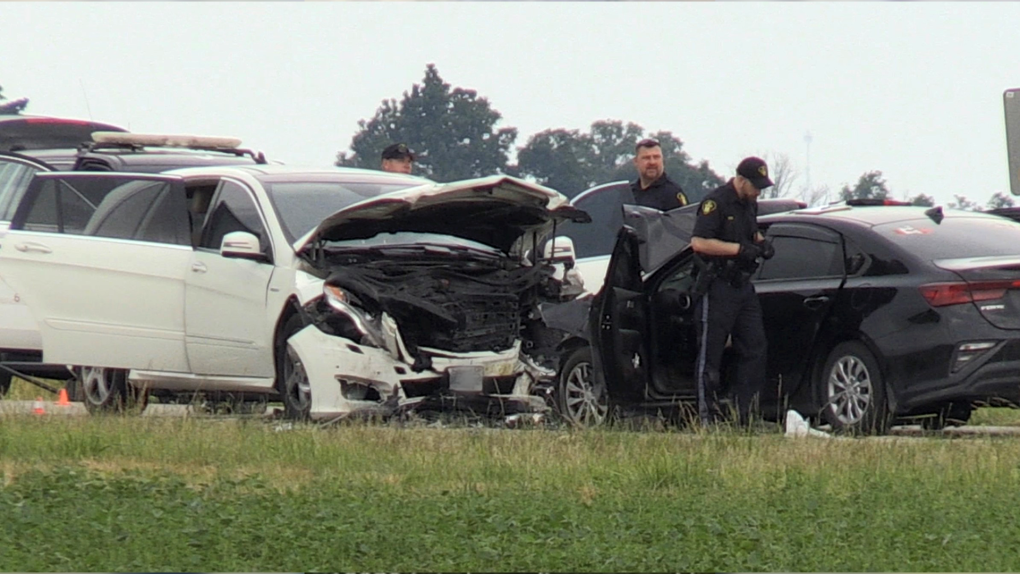 One person has died and four others have been taken to hospital with non-life threatening injuries following a head on collision in the Township of Blandford-Blenheim, Ont. Monday afternoon. (Daryl Newcombe/CTV News London)

The victim of a fatal head on collision earlier this week in Blandford-Blenheim, Ont. has been identified by police.

According to a press release issued Wednesday by OPP, the driver has been identified as Kevin Thompson, 41, of Plattsville, Ont.

On July 4 shortly after 1:18 p.m., local police, EMS and fire crews responded to a head on collision at Hofstetter Road, in Blandford-Blenheim.

As a result, the male driver of the motor vehicle suffered life-threatening injuries and was transported to local hospital, where he later succumbed to his injuries.

The cause of the crash is unknown.

The FBI searched former U.S. president Donald Trump's Mar-a-Lago estate as part of an investigation into whether he took classified records from the White House to his Florida residence, people familiar with the matter said Monday.

Condolences from Canadian politicians past and present poured out Monday as they learned about the death of Bill Graham, who served as foreign affairs minister when the country decided against joining the U.S. invasion of Iraq in 2003.