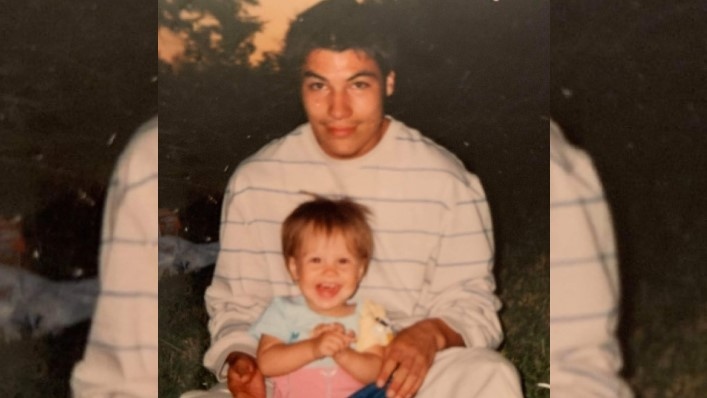 Clarence Solomon is seen in this undated photo with his oldest daughter. (Submitted by Brandon Long)

LONDON, ONT -- Provincial police have released the identity of the victim of a homicide at a Saugeen First Nation home.

Clarence Solomon, 37, of the Neyaashiinigmiing First Nation was found dead at a residence on Isabella Road Sunday afternoon after police were called for a disturbance.

Posts made to social media describe Solomon who was well liked and well known.

“The world has lost another amazing person. RIP Clarence Solomon,” read one such post.

The accused in the murder is 22-year-old Austin Cubitt.

He has been charged with second degree murder and is expected to make a court appearance on Sept. 15 in Walkerton.

Provincial police are continuing to investigate and are asking any witnesses or anyone with information to come forward.