A male suspect was arrested later the same day and he has since been identified by police as 25-year-old Matthew Lantz of Hanover.

Lantz has been charged with one count of first degree murder. Officials say the men were known to each other.

Police were called to a disturbance at 476 9th Avenue, Connor's home, shortly before 6 a.m. on Sunday and found a man deceased and suffering from obvious signs of trauma.

A male suspect was believed to have fled the scene on foot through a back alley prior to police arriving.

Lantz is scheduled to appear in court in Walkerton on Monday afternoon. 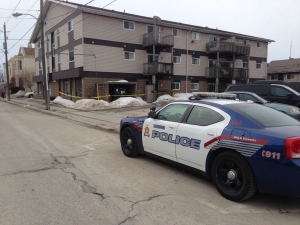