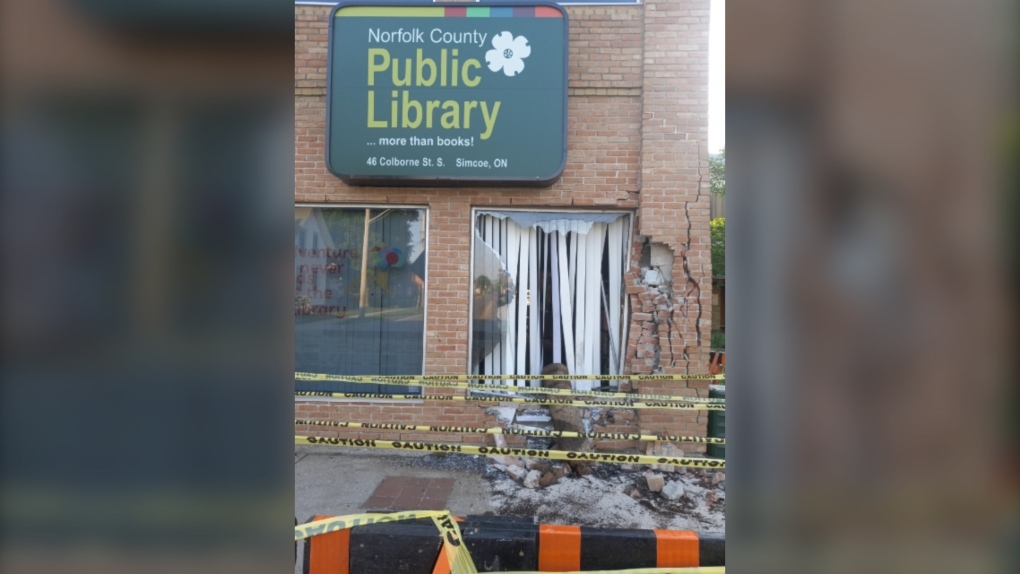 An Ohsweken man is charged after a vehicle struck the Simcoe Public Library, according to police.

Officers were called to the single-vehicle crash on Talbot Street south in Simcoe around 11:45 p.m. on Monday