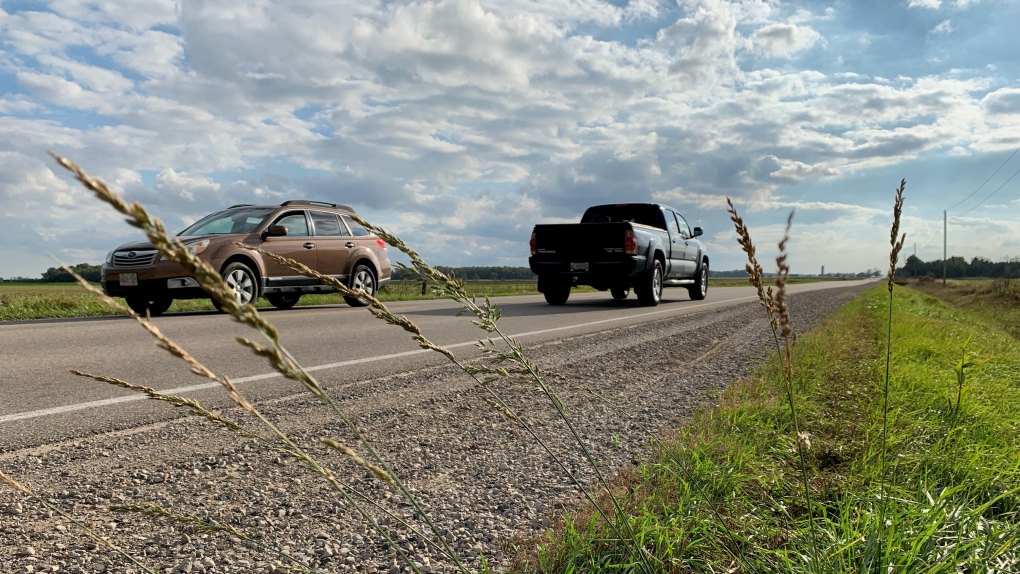 OPP are looking for information after a cyclist died following a hit-and-run collision on Monday evening.

Middlesex OPP and paramedics were called to a location on Calvert Drive in Adelaide-Metcalfe, southwest of Strathroy, Ont. around 9:15 p.m. Monday.

Investigators say they believe a westbound cyclist was reportedly struck from behind by a westbound vehicle. The vehicle involved did not remain at the scene of the collision.

A 45-year-old from Strathroy, Ont. was ejected from the bicycle and pronounced deceased on scene. No name is being released, pending notification of next of kin.

In a video posted to social media, OPP Acting Sgt. Ed. Sanchuk said, "If the driver of that vehicle is listening and watching, please do the right thing, the smart thing, contact your local OPP detachment or your local municipal service, go in there and speak to them."

The passenger vehicle involved is believed to have damage to the front passenger side corner and headlight assembly.

OPP are asking anyone with information on the vehicle, who was driving on Calvert Drive between 6:30 p.m. and 7:45 p.m. who may have seen the cyclist or the vehicle, or anyone with surveillance video of the area, to contact them.

An investigation into the collision continues.

Cyclist struck and killed by motor vehicle at a Calvert Drive @CountyMiddlesex address. Driver fails to stop. #OPP continuing to investigate. Anyone with information is being asked to call police at 1-888-310-1122 or @crimestopperldn at 1-800-222-8477. #MiddlesexOPP ^es pic.twitter.com/0i5XgKB878