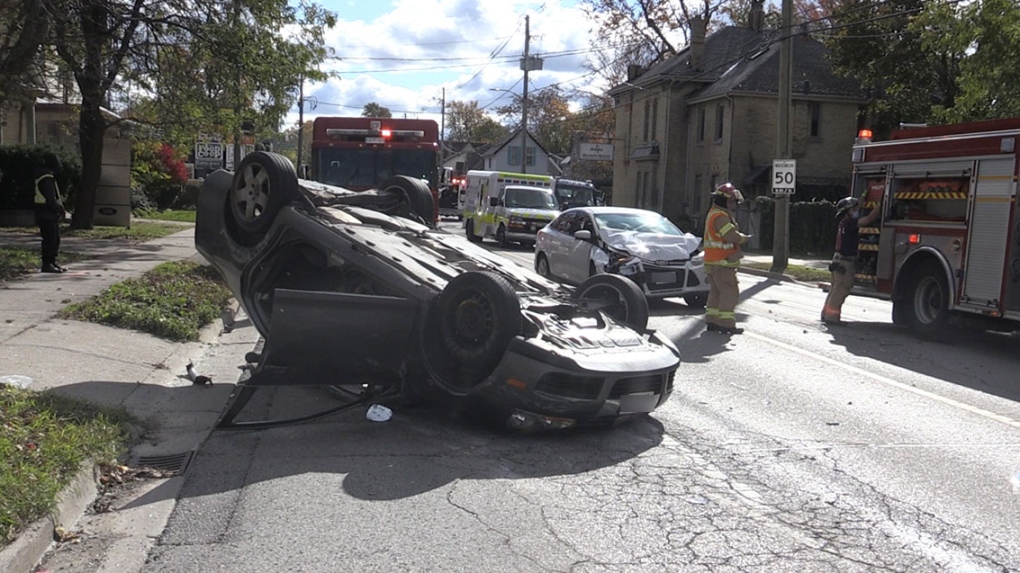 A car slid about 30 meters on its roof during a three-vehicle collision in the London’s Old East Village Tuesday afternoon.

Two people were taken to hospital with what are believed to be non-life-threatening injuries.

One witness says the male driver of a silver Volkswagen sedan was driving erratically, heading southbound on Adelaide Street North.

The Volkswagen clipped the back of another vehicle, rolled once and then slid on its roof before hitting a northbound vehicle.

Even travelling on its roof the vehicle carried enough speed to do extensive damage to the Ford Focus that had come to a stop.

Witnesses say the driver of the Volkswagen managed to pull himself from the wreckage, but a female passenger had to be pulled from the vehicle by London firefighters.

Initial indications are that she had injuries to her neck and head.

The collision happened around 1:30 p.m.

Adelaide was closed in both directions from Princess Avenue to Rosedale Street following the collision. The road was re-opened around 2:30 p.m.

London police are continuing to investigate.