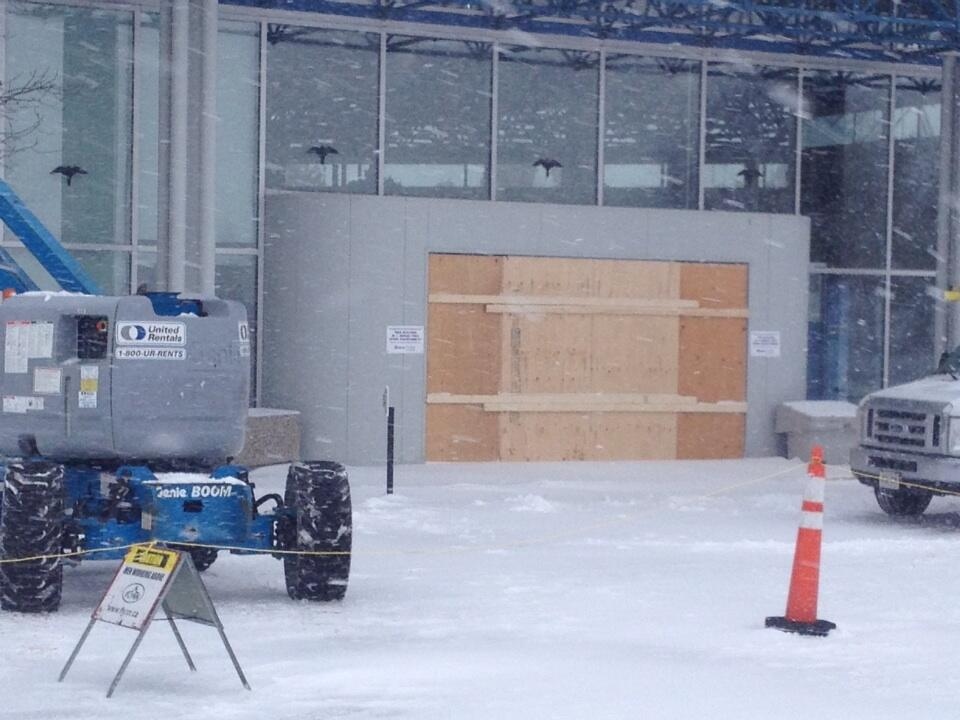 The entrance to the Bruce Power Visitor's Centre is seen boarded up Monday, Nov. 15, 2013 after a collision on Friday. (Scott Miller / CTV London)

A woman has been charged after a vehicle crashed into the Visitor's Centre at Bruce Power on Friday.

South Bruce OPP were called to a single-vehicle crash along Bruce County Road 20 in Bruce Township around 5:30 a.m. on Friday.

Investigators say it appears a blue Ford Escape struck the doors at the Bruce Power Visitor’s Centre. There were no injuries reported.

As a result, 52-year-old Karen Kolenousky of Saugeen Shores has been charged with mischief.

She appeared in court Friday morning for a bail hearing.

The Visitor's Centre will be closed for the rest of the week as repairs are being done, but there is no estimate yet on the cost of the damage.