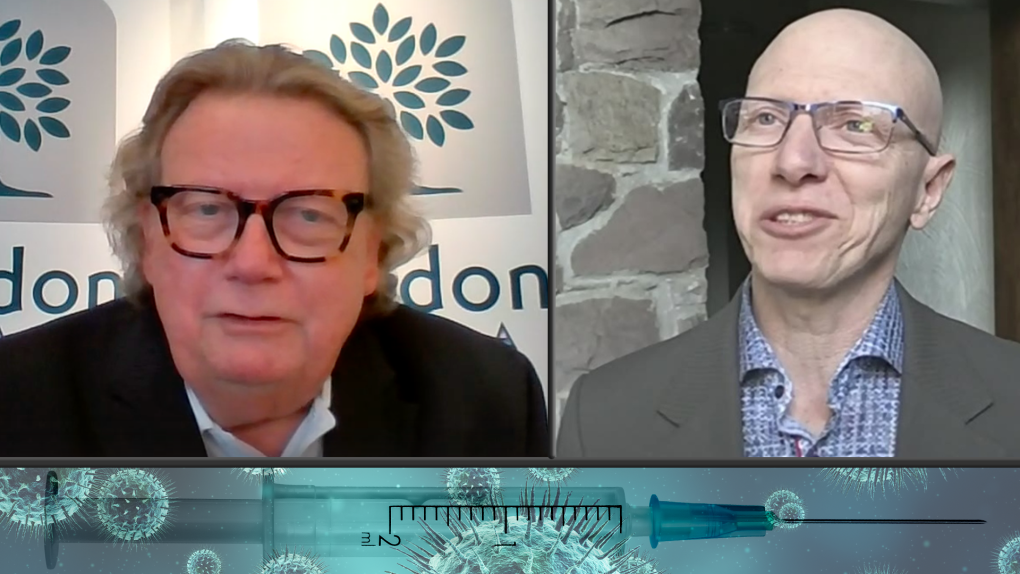 “To me, that was a creed of convenience,” Mayor Ed Holder tells CTV News shortly after submitting a formal complaint about Councillor Michael Van Holst to city hall’s integrity commissioner.

Holder takes aim at Van Holst’s promotion of his Order of Freedom, a creed posted online in September which the Ward 1 councillor believes provides a Human Rights exemption to COVID-19 vaccination policies.

Van Holst has twice promoted his creed by speaking at rally’s against COVID-19 vaccination mandates.

“What he did was incited others to follow the creed, to sign up and add thousands to his own list,” explains Holder. “Frankly, I see this as a public health and safety issue too, because as more people use this as an ‘exemption’, it had to be challenged.”

Holder says he tried to avoid filing the complaint by speaking privately with Van Holst.

“He made it very clear to me that this was his perspective, and that he felt the creed was sufficient to have an exemption,” says Holder. “So it was clear that providing logic to this argument wasn’t going to make a difference,”

The Council Code of Conduct includes a requirement that “Members shall seek to serve the public interest by upholding both the letter and the spirit of the laws of the Federal Parliament, the Ontario Legislature, and the bylaws and policies of the Corporation (City of London).”

On Monday, Van Holst told CTV News in a statement that he expects the complaint will be resolved quickly by the integrity commissioner.

“A freedom rally seemed like a good opportunity to speak to people who would be interested in the [creed] website, so I went and read the creed to them,” he added.

City council approved a COVID-19 vaccination policy for council members that is similar to the policy recently implemented for city employees.

It requires an attestation from all 15 members of council that they are either fully vaccinated or have a health or Human Rights exemption.

Potential violations of the policy would be sent to the Integrity Commission for investigation. If a council member was found in contravention, council could impose consequences ranging from a verbal reprimand to a suspension of pay.

Council does not have the authority to remove one of its members.