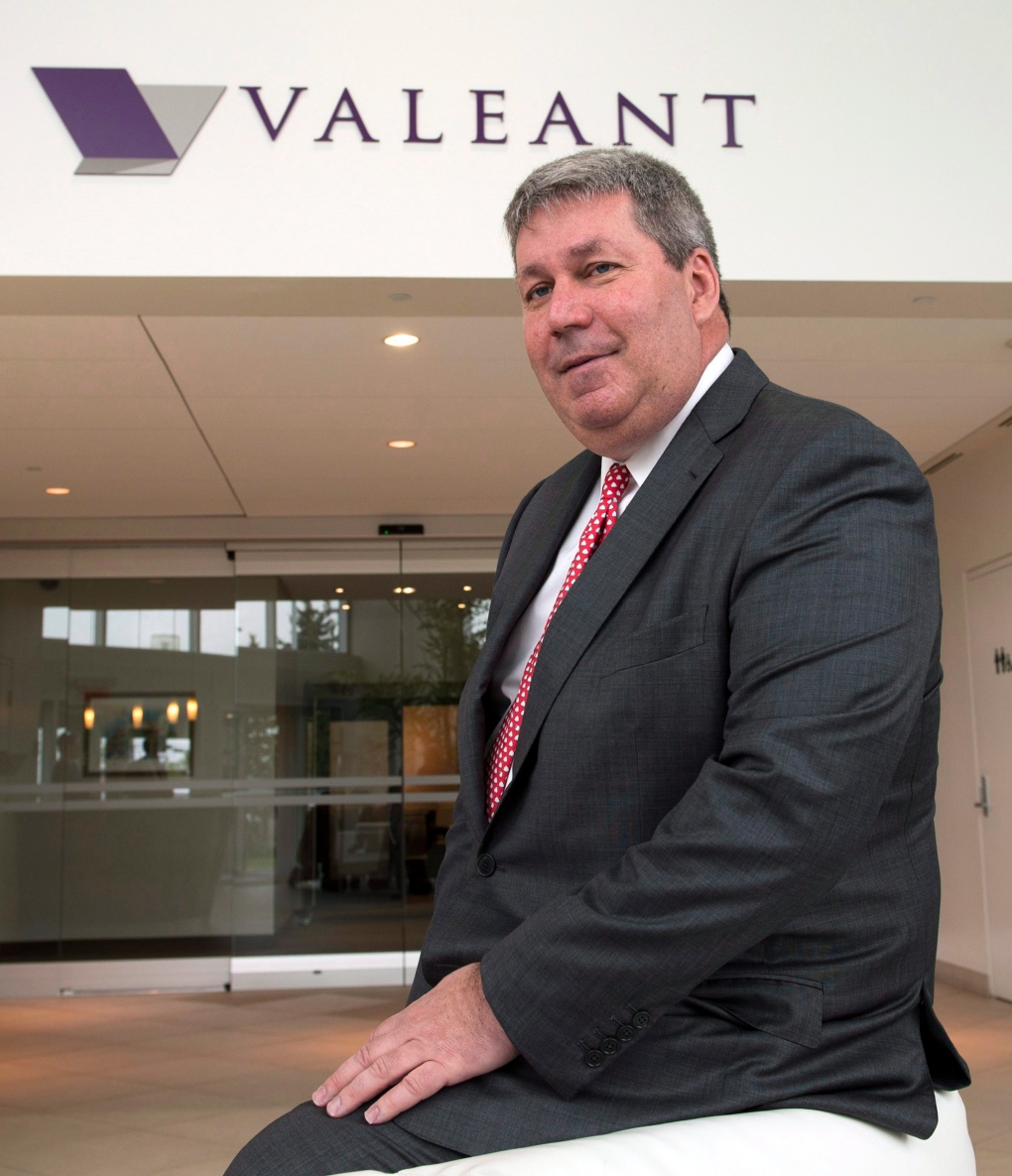 LAVAL, Que. -- The CEO of embattled Valeant Pharmaceuticals is leaving.

The Quebec-based drug company says J. Michael Pearson will remain as CEO and president until a successor is named.

Valeant was once one of Canada's most valuable companies, but in recent months it has been beset by a number of controversies.

The company is facing allegations of drug-price gouging, accusations it has denied.

It is also under investigation by the U.S. Securities and Exchange Commission, U.S. Attorney's offices in Massachusetts and New York, as well as Congress, as part of their probes into price hikes for certain drugs.

Last Tuesday, Valeant saw its shares lose more than $15 billion of their value after reporting disappointing earnings, lowering its outlook for 2016 and raising fears about defaulting on its debt.

"It's been a privilege to lead Valeant for the past eight years," Pearson said in a statement Monday.

"While I regret the controversies that have adversely impacted our business over the past several months, I know that Valeant is a strong and resilient company, and I am committed to doing everything I can to ensure a smooth transition to new leadership."

Valeant also said that its board requested that former chief financial officer Howard Schiller tender his resignation as a director, but Schiller hasn't done so.

The company also announced that New York-based activist investor Bill Ackman will join the company's board of directors. Ackman's Pershing Square Capital is a significant shareholder in Valeant (TSX:VRX).