Preparations for this summer’s modified Rock the Park concert series are in limbo after a call from the Middlesex-London Health Unit (MLHU).

Jones Entertainment Group has sold tickets for 16 events in a field next to Crossings Pub on Hyde Park Road starting July 2.

The grassy field will transform into a patio with 100 seats around physically distanced tables.

But the future of the patio series has been thrown into uncertainty.

The health unit advised Jones on Monday that patio rules under the provincial reopening plan do not permit musical performances.

“We’ve got all of our permits and waivers (from city hall), explains Brad Jones. “To have them (MLHU) say no live music, but that karaoke is okay, that’s where I scratch my head.”

Ontario is currently in Step One, but could enter Step Two in time for the first performance.

The health unit points out, however, step two only permits karaoke on patios.

Alternatively, reclassifying the event as ‘outdoor entertainment’ provides little clarity at this time. 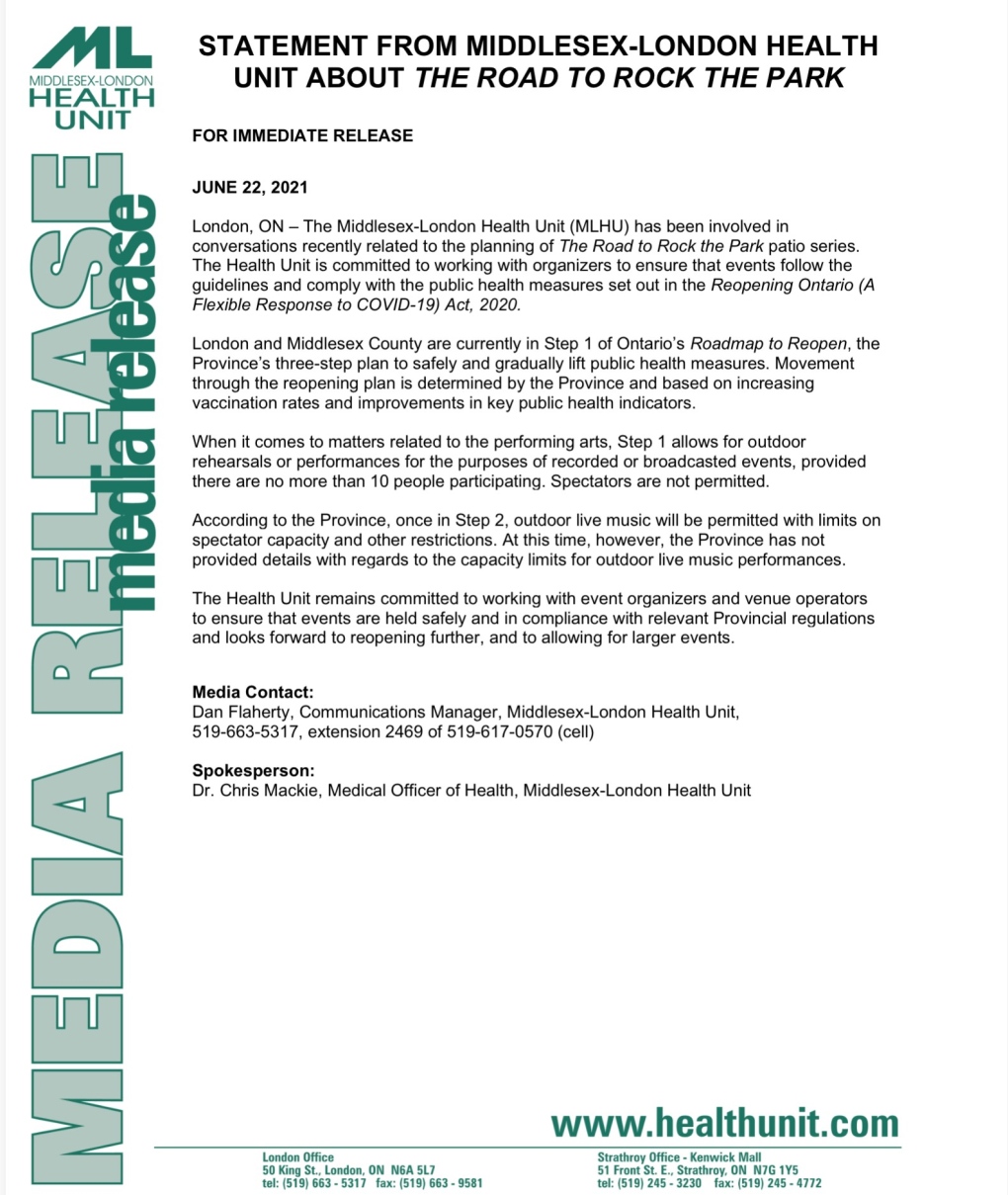 “Saying it’s just the rules as we interpret the vague rules, is b.s.,” says lawyer Phillip Millar who’s law firm is among the event’s sponsors. “And it’s time for people to step up and make the changes to start getting back to normal.”

Jones argues that his patio series is more than just entertainment for pandemic-weary Londoners, it’s a jumpstart for the live entertainment industry.

He’s hoping a provincial announcement in the coming days will offer details of Step Two rules, including the ability to hold the patio concert series.

“I don’t want to call this a karaoke series, I think it’s disrespectful to the world class artists,” Jones adds. “We just want to say Ontario government and health unit, let’s work together.”

Millar is pressing the provincial government to step in.

“There’s a huge role the province could play. To say we’re adopting the science that says outdoor activities organized like this pose no health risk.”

The Rock the Park patio series remains scheduled to start on July 2.