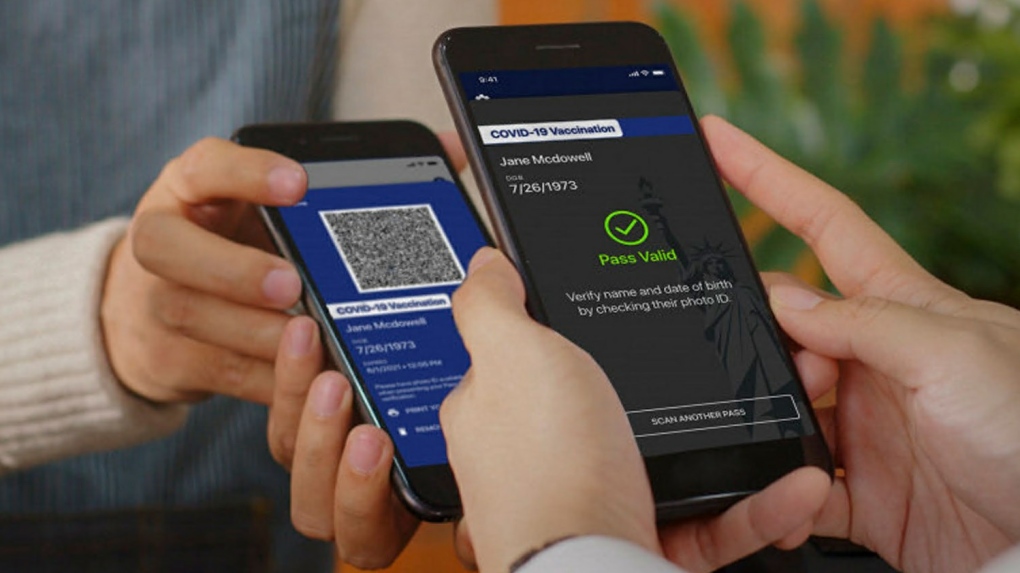 With the announcement of a Vaccine Certificate Program by the provincial government, some people that had been putting off getting the vaccine are now motivated to book that shot.

“I didn’t rush out to get the vaccine,” says Leo Parra as he enjoys a meal on a restaurant patio. “But now it looks like you really can’t do much without it. So I think I’m booking my jab soon.”

The possibility of not being able to visit restaurants, movie theatres, gyms and other non-essential businesses, seems to be the the push some needed — but restaurant’s are still expecting push back after the system goes into effect.

“How is the public is going to feel about that?” says Tyler Langille from the Sweet Onion Bistro in Wortley Village. “We get totally mixed reviews just by having these things (masks), having to have these on. So I can’t imagine when I walk up to someone and say where’s your passport?”

With fear of fresh backlash from patrons, there are also questions of cost and if this will be on top of or replace the contact tracing measures currently being used.

“Is that going to eliminate the having to have the little piece of paper, making sure I’ve referenced everybody that comes through the door?” questions Langille.

But for those already double vaccinated, it is a sigh of relief.

“It just reminds me of those immunization records we had to carry around when we were younger to go to school, so I think this is sorta the same concept and it’s a good one to keep going,” says patron, Victoria Kata.

Businesses have had to pivot several times during the pandemic and say they are ready to once again, if it means avoiding another shut down.

More details are expected for how businesses will roll out the new guidelines before the system goes live on September 22nd, and the App is launched in October.