Vacancy rate falls, but no major rent relief yet 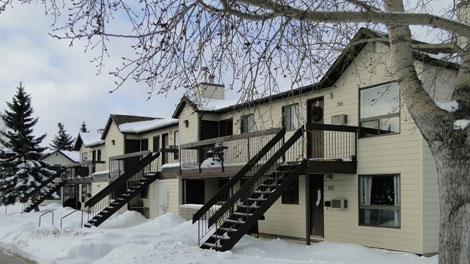 LONDON, ONT. -- It is not enough to cause rent to tumble, but there are signs the price paid for rentals in London is falling.

A report released Thursday, by Canada Mortgage and Housing (CMHC) shows the apartment vacancy rate sat at 3.4 per cent for 2020.

The boost in vacancy rate comes as London continues to experience a building boom in both the ownership and rental condominium market.

The latter remains in extremely high demand with only a 0.3 per cent vacancy rate.

But when it comes to traditional rental units, the website shows December rates were on a downward trend.

The website found rent for a single bedroom unit In London was $1,133 per month while a two-bedroom went $1,587.

Of nearly 2-million rental units tracked by the agency, over six per cent were in arrears.

The agency says the vast majority of them were units at the low-end of the rental price spectrum.