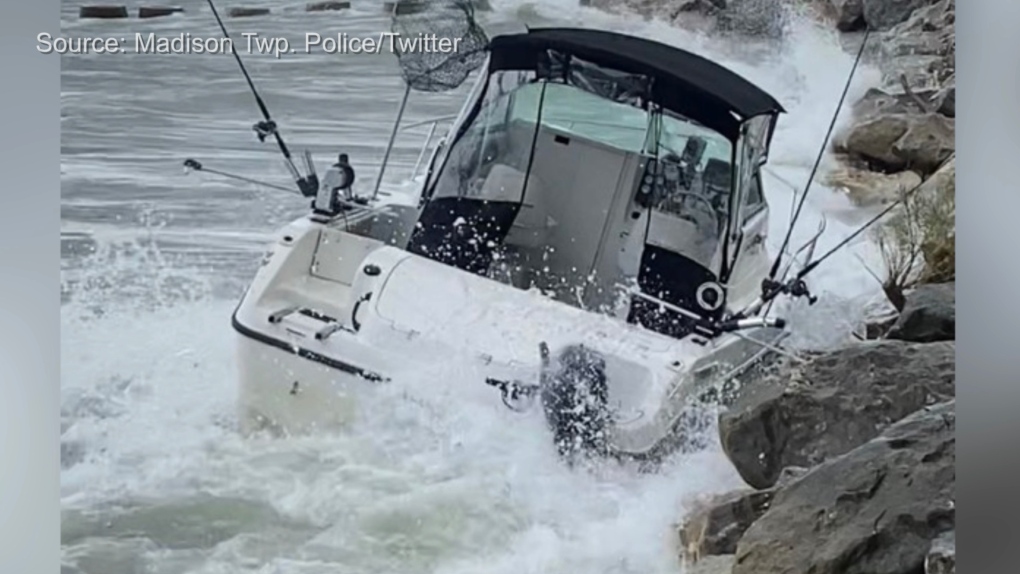 A search for a missing boater continues in Lake Erie after an unoccupied boat was found along the shoreline in Madison, Ohio.

Police say a citizen walking along the shoreline came across the boat Thursday morning. The United States Coast Guard responded and went on the boat, but found no one aboard.

OPP in Elgin County were contacted by the JRCC in Trenton, Ont. around 11:38 p.m. Tuesday to report a missing boater from the Port Burwell Marina.

Police say a boater left the marina around 2 p.m. and was scheduled to return to shore before nightfall, but never arrived.

Emergency crews searched throughout the night resuming in the morning with other resources including aviation and four OPP marine units.

Police describe the vessel as a white 21-foot striper with a black canopy.