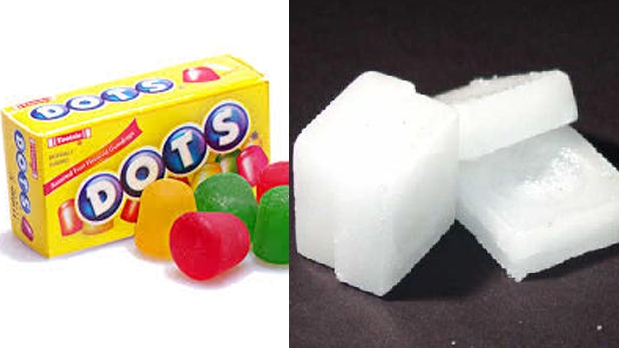 Police believe the contents of a package of candy was replaced with camphor in a Brantford neighbourhood. (Source: Brantford Police)

A box of Halloween candy may have been tampered with in Brantford.

Police are investigating after receiving reports that a box of candy had its contents replaced with an unknown substance.

It happened in West Brant, specifically in the area around Blackburn Drive, Conklin Road, Shellard Lane and St. Patrick’s Drive.

The substance was allegedly found in a box of DOTS assorted fruit flavoured gum drops.

Police said in a news release that the substance may have been camphor, an ingredient in topical applications, which can be unsafe if taken orally.

The incident was still under investigation to determine whether or not it was an intentional act.

Parents were reminded to remain vigilant and check Halloween treats given to children.