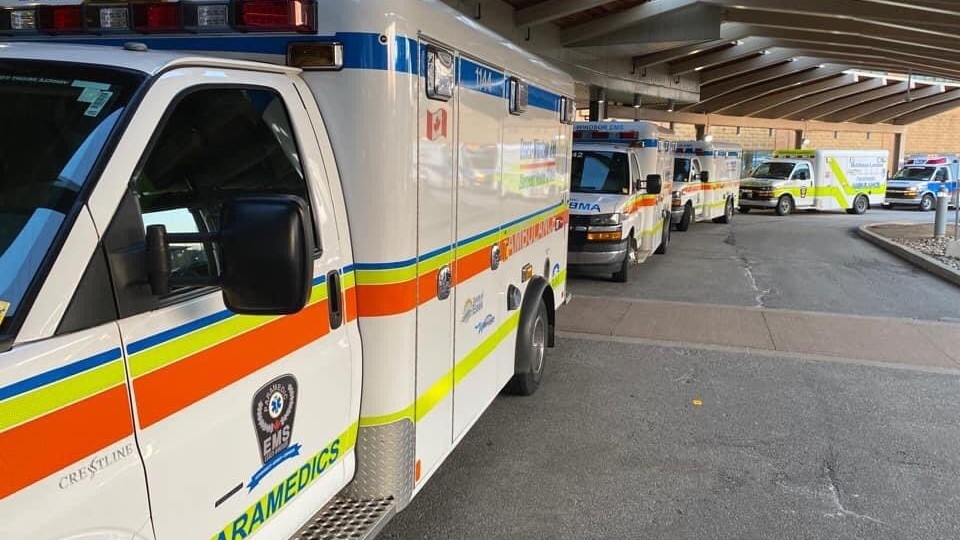 Teams from London and Windsor work to move patients from Peel. (OSPEU Twitter)

LONDON, ONT. -- The union representing paramedics and ambulance communicators took to social media to highlight the work that EMS teams are doing to transfer patients around the province.

In a tweet OPSEU Paramedics and Ambulance Communications shared a picture of ambulances from both London-Middlesex and Windsor-Essex picking up patients in Peel Region.

In the tweet the union says that teams from both regions had been working to transfer more than 40 patients from the peel region to southwestern Ontario hospitals.

“Multiple Windsor and London Ambulances picking up over 40 Peel patients to transfer hospitals. This is unheard of in memory,” read the tweet.

In recent weeks patients have been moved all around the province as ICUs in the Toronto region continue to fill up during the third wave.

As of April 23, there were 37 patients in ICU at London hospitals.

Multiple #Windsor & #London Ambulances picking up over 40 #Peel patients to transfer hospitals. This is unheard of in memory. Never say we don’t have seamless Dispatch and Paramedic Services in Ontario. This could never happen in any other model. #unitedasone pic.twitter.com/vZBE4JyYgK