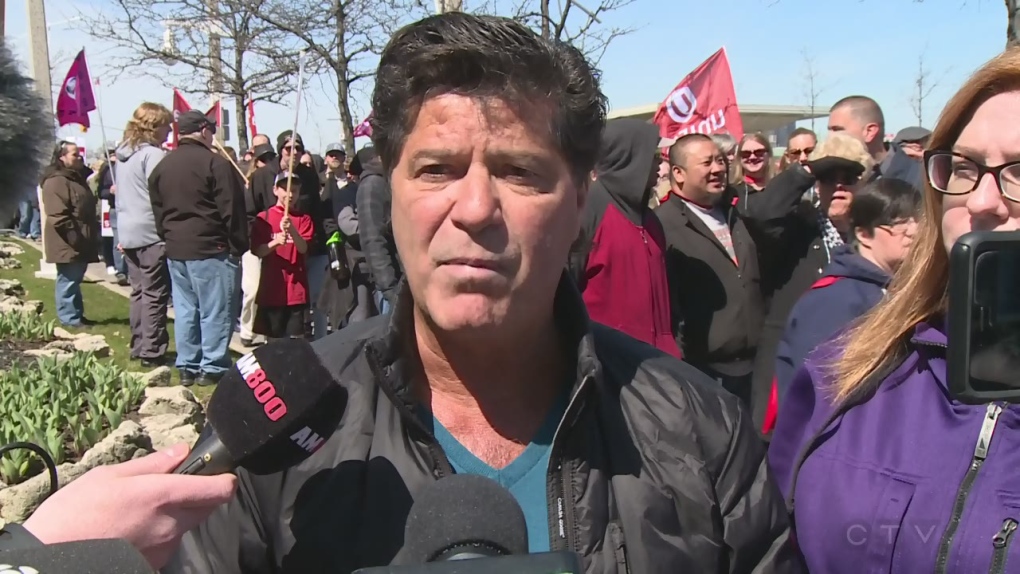 Under Ontario’s ‘Fair Workplaces, Better Jobs Act’ workers are entitled to 10 days of personal emergency leave, with the first two days being paid leave.  However, auto workers are only entitled to seven days of unpaid leave.

When the exemption was confirmed by the government last December, Unifor launched a campaign to advocate for fairness.

The union says, to date, they've collected more than 7,000 signatures on a petition calling on the Ontario Government to eliminate the personal emergency leave exemption for auto workers.

Dias addressed the issue after attending a rally on behalf of striking Caesars Windsor workers.