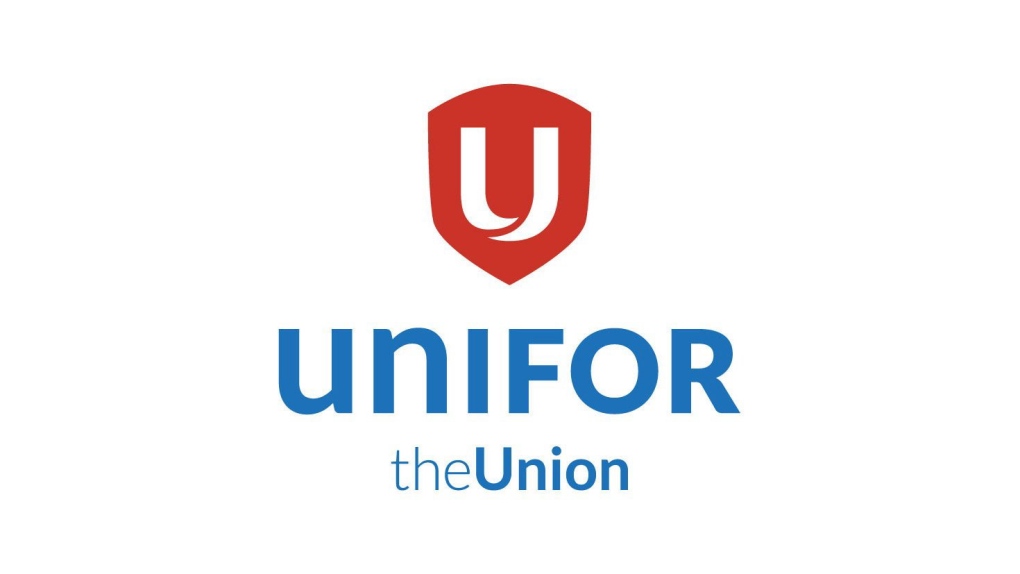 The logo for Unifor, the merged Canadian Auto Workers Union (CAW) and Communications, Energy and Paperworkers Union (CEP), is shown. (The Canadian Press/HO)

KITCHENER, Ont. - Unifor says it is escalating its drive to represent workers at three Toyota plants in southwestern Ontario.

Toyota provided its employee list to Unifor and the Ontario Labour Relations Board earlier this week, indicating that the company has approximately 7,500 employees it believes are eligible to be part of the bargaining unit.

The union says it has withdrawn an application it filed with the Labour Relations Board, but remains committed to forming a union at Toyota's plants in Woodstock and Cambridge.

But instead of going to a vote next week, Unifor said Thursday it will be taking time to get more union cards signed so there is no dispute over the numbers.

Unifor president Jerry Dias says it estimates there are 6,590 employees at Toyota's Ontario auto plants eligible to join a union. If they succeed, these would be the first Toyota plants in North America to become unionized.