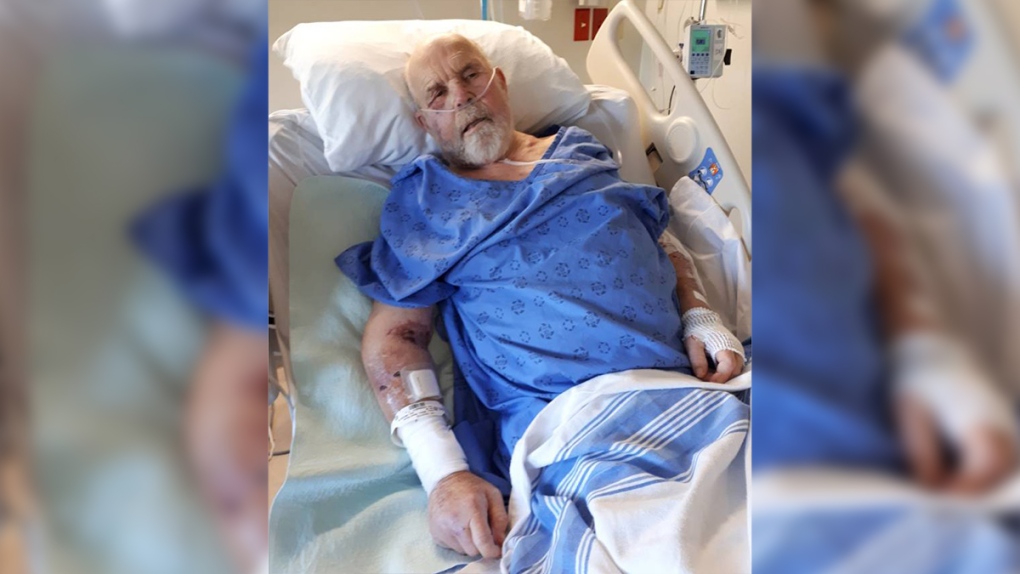 David Hillier of West Grey, Ont. is seen in a London hospital in this image released by Charney Law.

MIDDLESEX CENTRE, ONT. -- The family of David Hillier has filed a lawsuit against the West Grey Police Service accusing two of their officers of police brutality after the 68-year-old ended up in hospital with life-threatening injuries following his arrest.

A statement from lawyers for the family claims David and his son Casey Hillier were both assaulted at their home near Chesley, Ont. on June 5, each struck about 20 times by an officer wielding a baton.

After being transported to the West Grey police station, David was taken by ambulance to a local hospital and found to have life-threatening injuries, at which point he was airlifted to a London, Ont. hospital.

His injuries are listed as including multiple broken ribs, a collapsed lung, a broken nose and bruising. He remains in hospital and has not been charged with any crime at this time.

His son Casey is facing two counts of assaulting a police officer and one count of resisting arrest, but reportedly plans to "rigorously defend himself against the charges."

West Grey police said at the time they were responding to a dispute around 2 a.m. and that two officers were also injured in the altercation.

They are not commenting further as Ontario's Special Investigations Unit (SIU) has been called in to look into the incident.

A statement from the SIU says preliminary information indicates police responded "for a domestic incident call. At the home, officers became involved in an interaction with a 63-year-old man and another man. Both men were subsequently arrested. Shortly afterwards, the 63-year-old man was transported to hospital for treatment."

The lawsuit claims that when Casey was arrested he was "slammed" into a police cruiser, put in a head lock, hit with a stun gun and struck with a baton.

When his father tried to intervene, the lawsuit claims he was also hit with the stun gun and struck repeatedly with the baton.

On Thursday evening, family, friends, and supporters are planning a demonstration outside the West Grey Police Service station in Durham, Ont. demanding that the officers involved be suspended without pay.

The family has also set up a GoFundMe campaign.

None of these allegations has been tested in court. 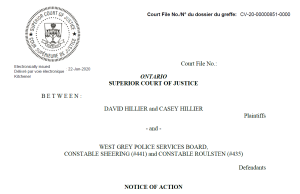 Notice of Action against West Grey Police Services Board (PDF)