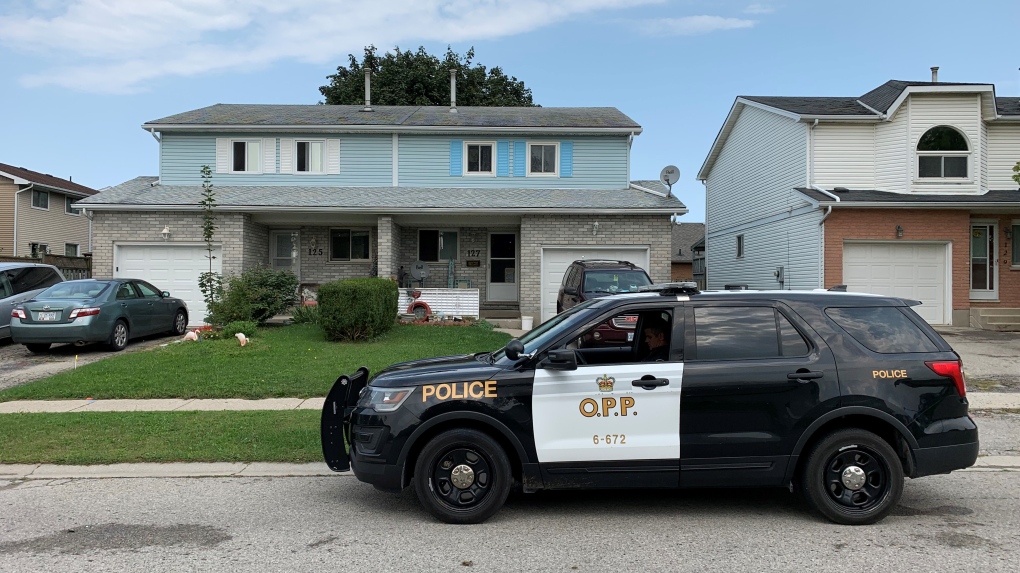 Ontario Provincial Police in Oxford County are investigating two separate deaths in recent days, one in Ingersoll and another in Brownsville.

An OPP cruiser remained outside a home on Clarence Avenue Monday, where police are investigating a sudden death.

Just before 4 p.m. Saturday, OPP responded to the Ingersoll home for a report of a death.

A 45-year-old was found deceased and a post-mortem examination has been scheduled to determine the cause of death.

The name or gender of the deceased has not been released.

The Oxford OPP Crime Unit, along with Forensic Identification Services are involved in the investigation, which is ongoing.

And around 1:30 p.m. on Friday, Oxford County OPP were called for a report of a death on Culloden Line in Brownsville.

Police and South-West Oxford Fire crews responded and found a deceased man in the side yard of the residence.

He has been identified as 48-year-old Andrew Stephens of Brownsville, Ont.

No foul play is suspected, but a post mortem examination has been scheduled to find the cause of  death.