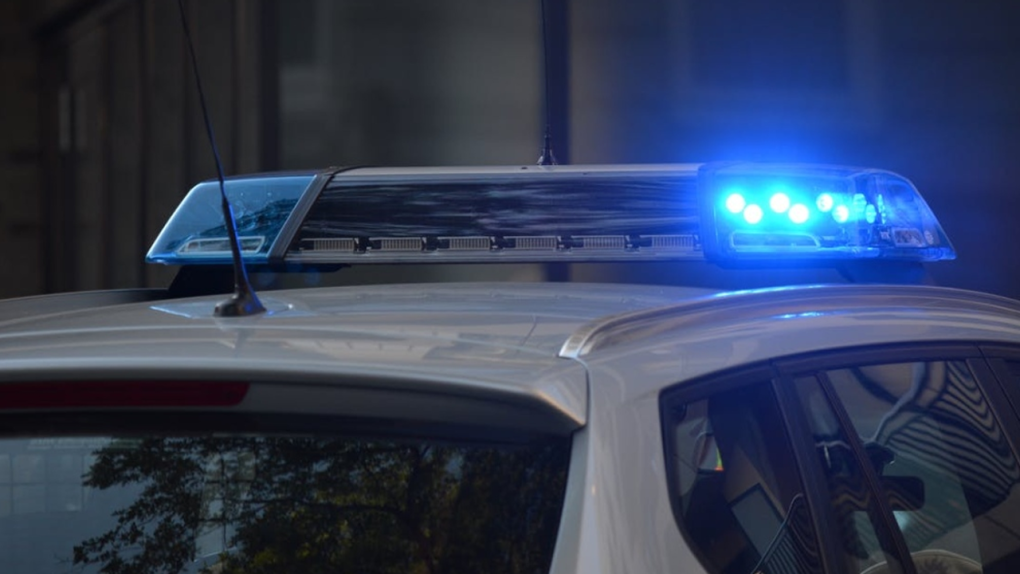 The first incident, which happened around 9:30 p.m. Saturday, was reported to Stratford police.

It reportedly happened on Perth Line 20 in Perth South, when a male driving what appeared to be a cruiser with flashing red and blue lights, stopped another vehicle.

Police say the complainant reported that the male questioned them about being in contravention of the most recent stay-at-home order.

The suspect identified himself as 'Brady Kale' and is described as white, late 20s to early 30s, about six feet tall with an average build, short hair, dirty blond facial hair and a large nose.

At the time he was wearing a plain black baseball cap, black short-sleeved shirt with no patches and black pants. A silver plastic badge was pinned to the right side of his chest, and he was wearing a utility belt, with what appeared to be a handgun in a holster.

The vehicle is described as a 2017-2021 black Dodge Charger with dark tinted windows, matte black rims, lights on the roof and small circular lights on the dash.

In that incident, Huron County OPP say a male in a black sedan with police-style emergency lights stopped another vehicle and demanded to know the driver's destination before returning to his vehicle and leaving.

The suspect is described as about 40 years old, five feet five inches tall with a thin build, short dark hair and a moustache. He was wearing a police jacket that had "POLICE" emblazoned across the chest and carrying a police-style portable radio.

Stratford police say it's unknown at this time if the two incidents are related.

OPP are reminding residents they are not conducting traffic stops to determine if someone is following the stay-at-home order and all officers should be able to produce a badge and warrant card even if not in uniform.