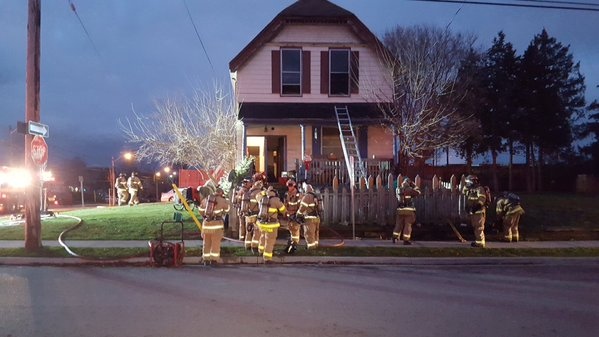 Quick response by London firefighters helped to limit damage after a fire broke out at a home on Clarence Street near the Labatt Brewery.

The call came in around 7 a.m. after a fire broke out in the kitchen of a second floor unit at 177 Clarence St.

The blaze quickly spread from the kitchen to the roof and heavy smoke and flames were visible at one point, but firefighters quickly brought the fire under control.

At the time two occupants were in the building along with three dogs, and all managed to escape unharmed.

The exact cause of the fire remains unconfirmed but officials are looking at the possibility of a cooking fire growing out of control.

The fire has not been deemed suspicious.

Damage is extensive, and has been estimated at $125,000. A fire investigator was expected to attend the scene Tuesday morning.