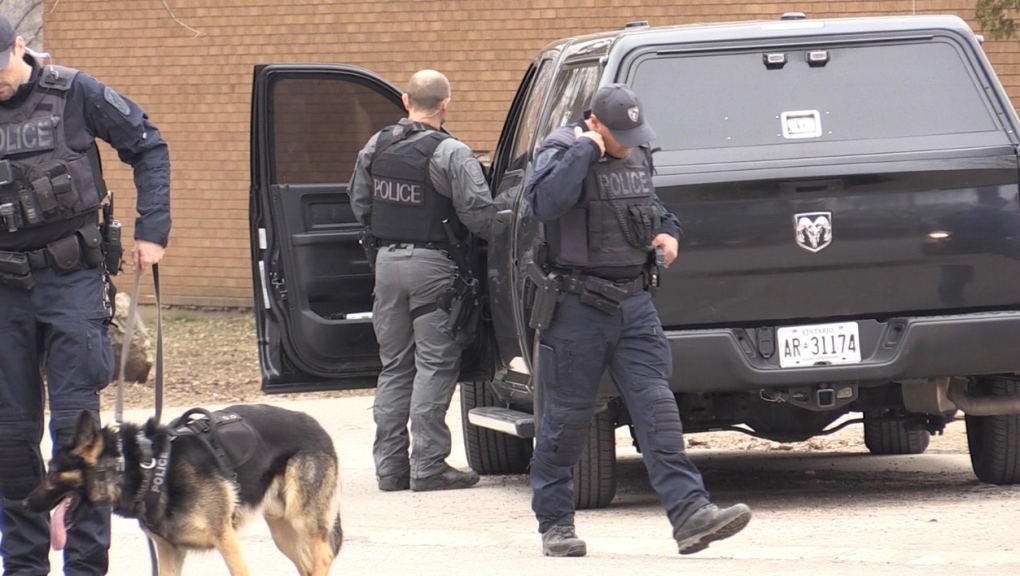 LONDON, ON -- Two people were taken to hospital with gunshot wounds after a shooting in the King Edward Avenue and Thompson Road area Thursday afternoon.

London police say the incident happened around 2:45 p.m. inside a residence on King Edward.

One witness on the scene tells CTV News that at least two people were shot and that both appeared to be in very serious condition.

Police confirmed Thursday evening that two adult males were taken to hospital by paramedics. On Friday they said that both males had non-life threatening injuries. One has been discharged while the other remains in hospital.

The London Police Service Emergency Response Unit and a K-9 unit were at the scene as part of the investigation.

Police say two male suspects fled the area prior to police arrival. They are described as:

Police do not believe this was a random incident, and the London police Major Crime Section has taken over the investigation.