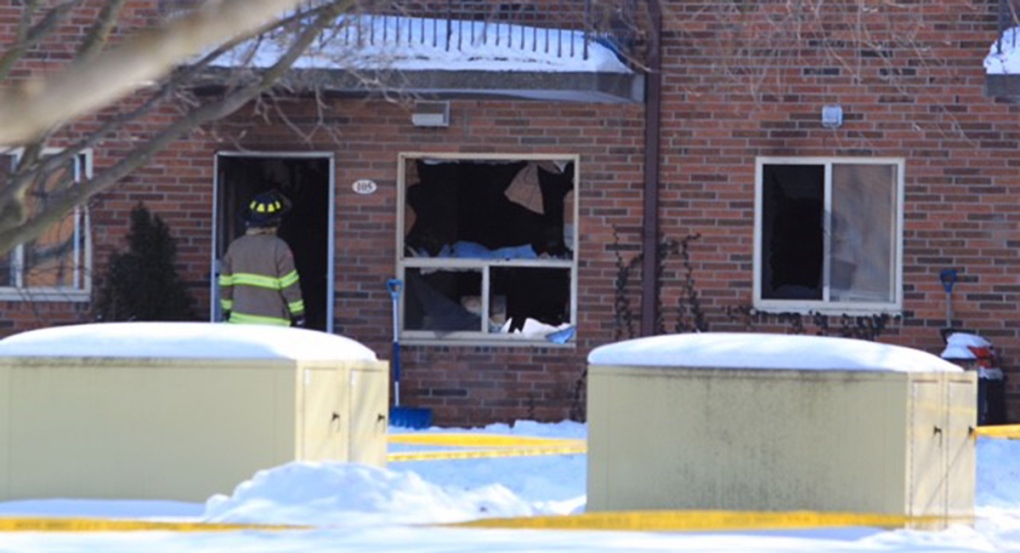 Emergency crews responded to an apartment complex on St. David Street just before 9:30 a.m. for an active fire.

One person suffered major, life-threatening injuries, while the extent of the second person's injuries are believed to be minor. Both of those injured were adults.

St. David was closed between Waterloo and Rowland streets as emergency crews worked at the scene, but has since reopened.

Officials say the fire is considered suspicious, but there is no risk to public safety.

The cause of the fire is under investigation and Perth County OPP say the Office of the Ontario Fire Marshal has been consulted. The OPP's Forensic Identification Service and Major Crime Unit are also assisting.