Two people in hospital after crash in Dorchester 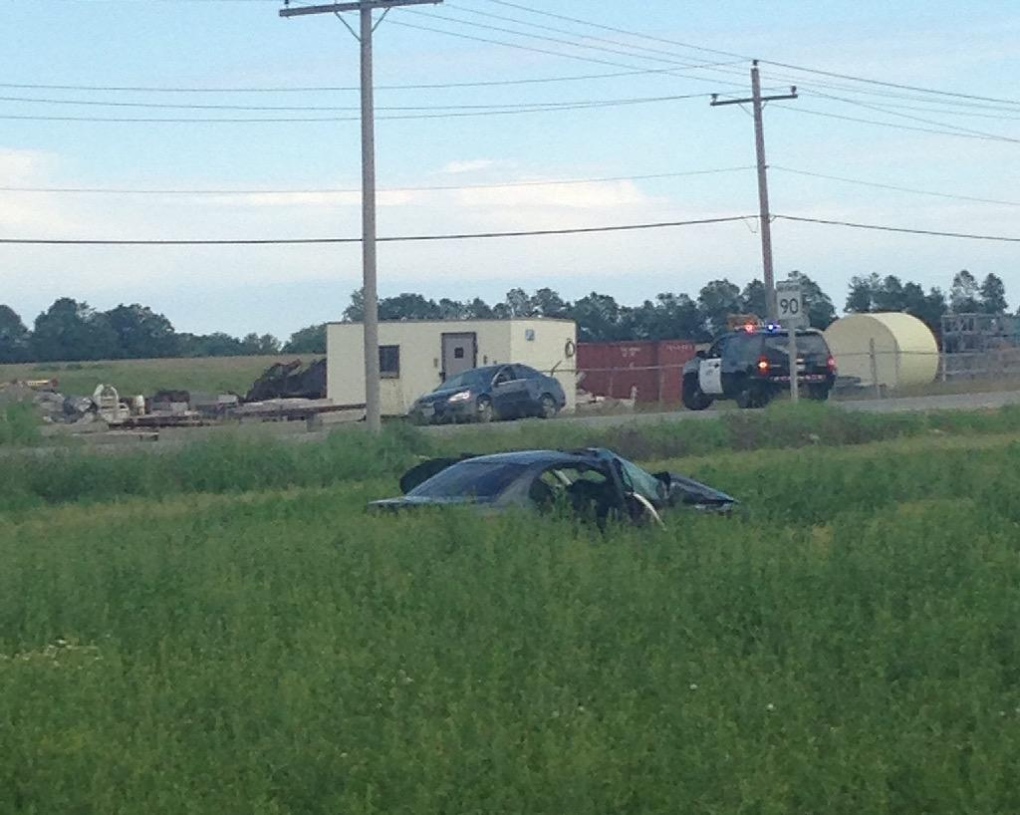 A car sits in a field after colliding with a truck in Dorchester, Ont. on Thursday, June 25, 2016. (Kelda Yuen / CTV London)

A two-vehicle crash at Gore and Shaw roads in Dorchester on Thursday afternoon has sent two people to hospital.

Police were called to the intersection just after 4 p.m. for the collision.

Investigators say a car that was westbound on Gore failed to obey a stop sign at the intersection and was struck by a truck that was southbound on Shaw.

The female driver and male passenger in the car were taken to hospital with serious injuries.

The driver of the truck was not hurt.

The area has been closed as police continue to investigate.