It was April 16 when Premier Doug Ford announced indoor religious services must be capped to a maximum of 10 people. This was the first Sunday where the new rules took effect.

While many church pastors in London, Ont., chose to forgo indoor services altogether during lockdown, The Church of God had some of its biggest numbers of attendees yet.

Dozens of people were inside the church, without masks and sitting or standing close together. Roughly 200 cars were seen in the parking lot.

In a YouTube video posted by The Church of God, Pastor Henry Hildebrandt addressed church parishioners and thanks COVID-19.

"I want to give credit where credit is due. Thank you, COVID-19 for bringing us together."

Along with parishioners, some members of parliament made appearances and short speeches at the podium.

"There is no foundation on which we can build than Jesus Christ, our rock, our Lord and our saviour. God bless you and God bless Canada," Sloan said in the video.

"It brings tears to my eyes to see so many people here," Hillier said in the video.

Kristen Nagle was also in attendance. She was terminated with cause from working as a neonatal nurse back in November for organizing and attending anti-lockdown protests in Canada and America.

Hildebrandt continued the service for more than an hour. In the video he speaks to other pastors.

"I am very ashamed of many, many pastors in this land. Very ashamed. Since when are they noodle-backs?"

Outside the Church, Aylmer police service members were seen monitoring the situation and collecting vehicle information like license plates. 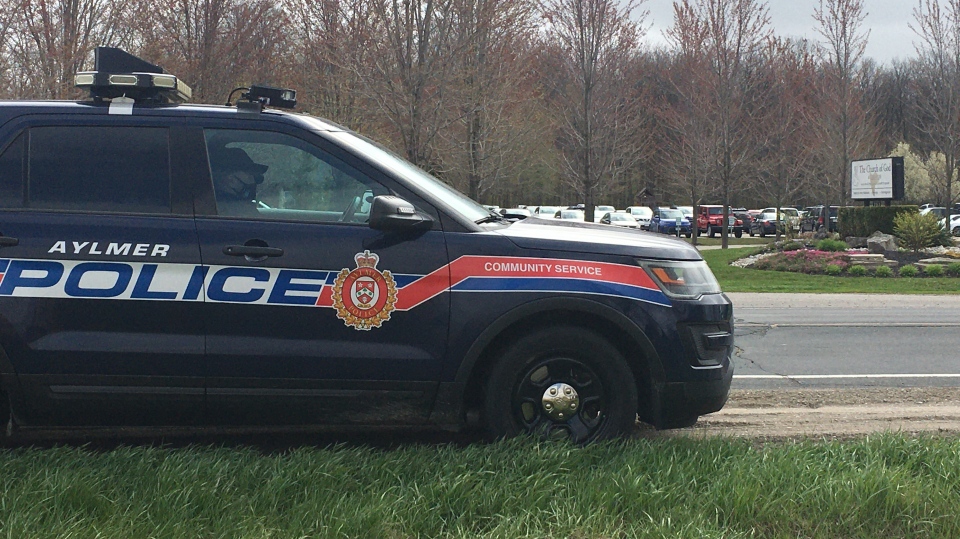 Sunday's service comes on the heels of an incident last Tuesday where two off-duty Toronto police officers were charged after allegedly attending a gathering at the Church Of God.

Toronto police are reviewing a Facebook video that appears to show two of the officers arguing with Aylmer police, for allegedly violating COVID-19 orders.

An arrest warrant has been issued for a 52-year-old female from Shakespeare who is also facing one count of obstructing police.