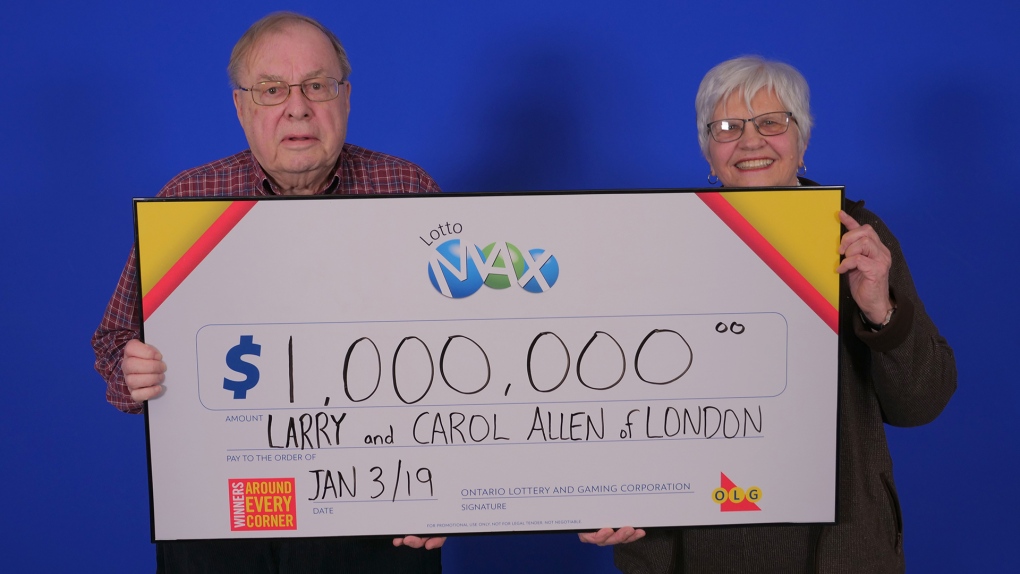 Larry and Carol Allen of London, Ont. hold up their $1-million cheque.

A London couple and man from Wyoming, Ont. are each celebrating a $1-million win in recent lottery draws.

Larry and Carol Allen of London picked up a million-dollar prize in the Dec. 21 Lotto Max draw.

They had purchased their winning ticket at a Circle K location on Wellington Road.

Meanwhile Lloyd Shea, an 82-year-old semi-retired fireman from Wyoming won his million dollars in a Lotto 6/49 draw on Dec. 22.

Shea says he will put some in the bank and be treating his family - two children, six grandchildren and eight great-grandchildren - with the winnings.