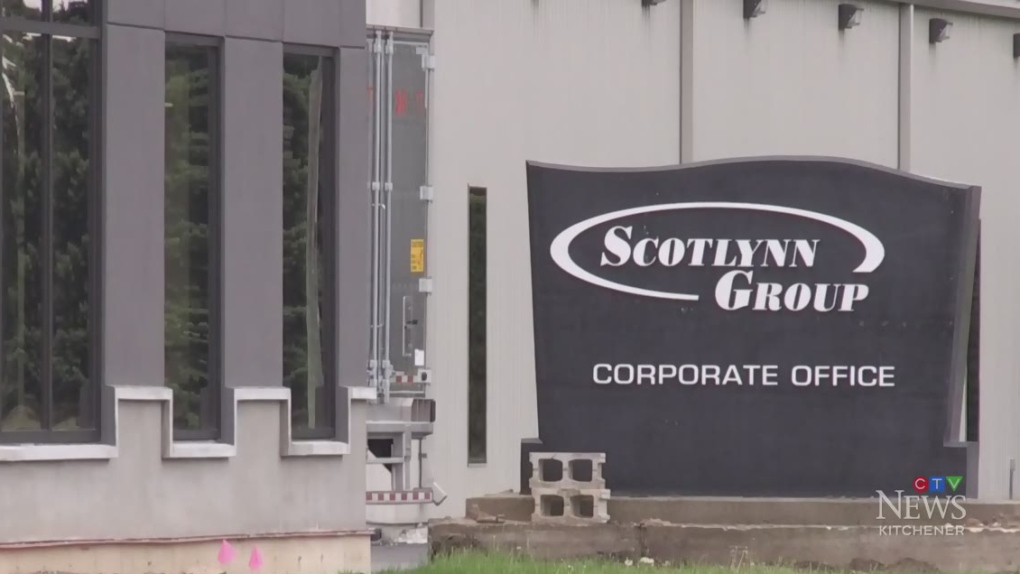 The Haldimand-Norfolk Health Unit (HNHU) released a statement Sunday saying it "continues to work closely with the leadership team of Scotlynn Group to actively manage an outbreak of COVID-19 at residences of migrant agricultural workers at a farm."

Saturday, they had three positive cases, but began testing all the workers at Scotlynn Group in Vittoria, Ontario.

Of the approximately 90 test results received so far, 85 individuals have tested positive, while approximately 25 workers are showing symptoms of the disease.

They add that five of those workers have been admitted to hospital, two of those are in the Intensive Care Unit.

There are 100 test results still pending.

The Delhi Community Health Centre is assisting in the response, and has sent a team to evaluate symptomatic workers. Clinical staff are developing a plan to monitor these workers.

"As part of the public health management plan, Health Unit staff are contacting individuals who have been in close contact with a worker for further evaluation," the HNHU said in a statement.

The Migrant Workers Alliance for Change has claimed that the HNHU has not provided any information in Spanish to the workers in hospital, and no one to speak directly to them in their first language.

The HNHU says they have updated they have contacted the liaison official for the Mexican consulate and they are now available to speak to workers.

As well, the federal agency that supervises the temporary foreign worker program has been advised of the outbreak.

The Health Unit is working closely with the employer, Norfolk’s Emergency Operations Centre, Norfolk General Hospital and the Delhi Community Health Centre to ensure an effective health management plan designed to protect the health and wellbeing of migrant workers and the community as a whole.

Everyone was cleared, however 25 days later they had a positive case.

Public health experts believe the virus was transmitted in Canada because they all finished their isolation period healthy.

Biddle says the only time his workers leave the farm to attend a local grocery store. He says they have an arrangement to shop one hour prior to the public opening, and other than that have no interaction with the public.

Scotlynn Group is now shut down temporarily and Biddle says they have cleaned the harvesters, pickers and the facilities.

In hard-hit Quebec, families struggle to mourn those lost to COVID-19

Mosques reopen in Saudi Arabia and Jerusalem amid virus woes

Pangolins may have incubated the novel coronavirus, gene study shows

Quebec town across from N.B. community with COVID outbreak gets testing centre