Two men charged after gun seized, one suspect at large 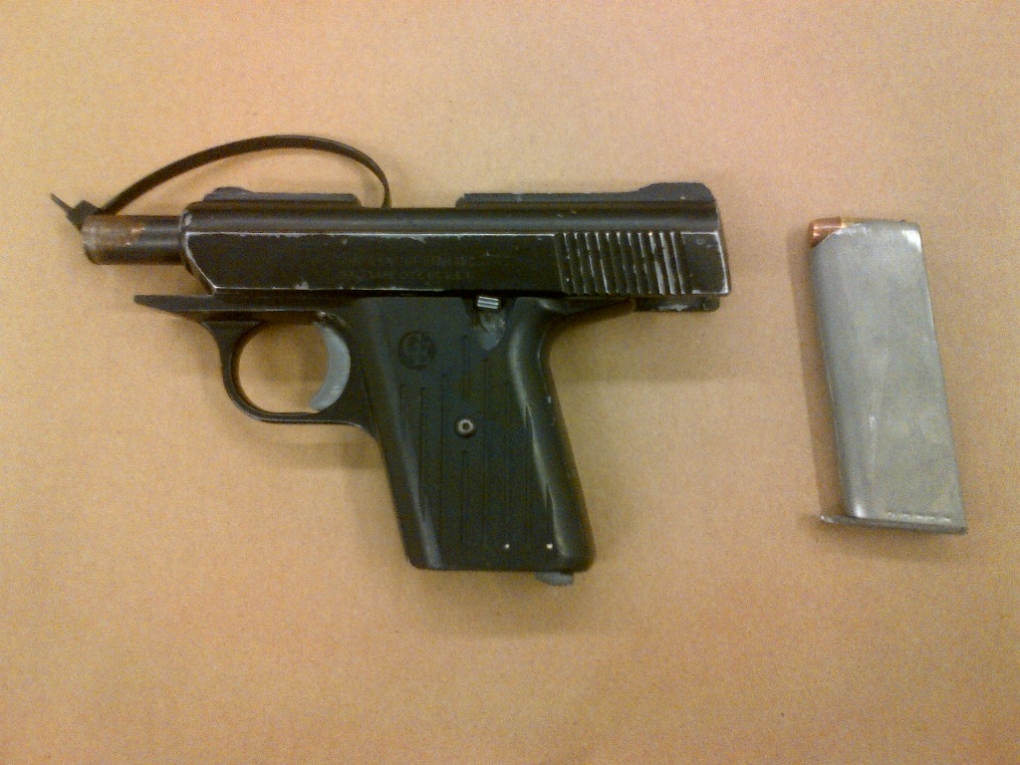 A Cobra Enterprises .380 semi-automatic handgun seized from a home on Allen Place is seen in this image released by the London Police Service on Tuesday, June 24, 2014..

London police have laid charges against two men after a handgun, ammunition and drugs were seized from a home on Allen Place on Monday.

A loaded Cobra Enterprises .380 semi-automatic handgun with eight rounds of ammunition was seized, along with a small amount of hydromorphone and cocaine.

As a result of the investigation, two 28-year-old men from London, James Moody and Sean Tourand are facing charges including:

Moody is also charged with possession of a schedule I substance and police say Tourand will be charged with two additional counts of possess firearm/ammunition while prohibited.

Tourand is being sought by police. He is described as white, 5'7" tall, 155 pounds, with dark hair in a short brush cut, facial hair and tattoos of a lion on his left upper arm and 'Junior' on his upper back.