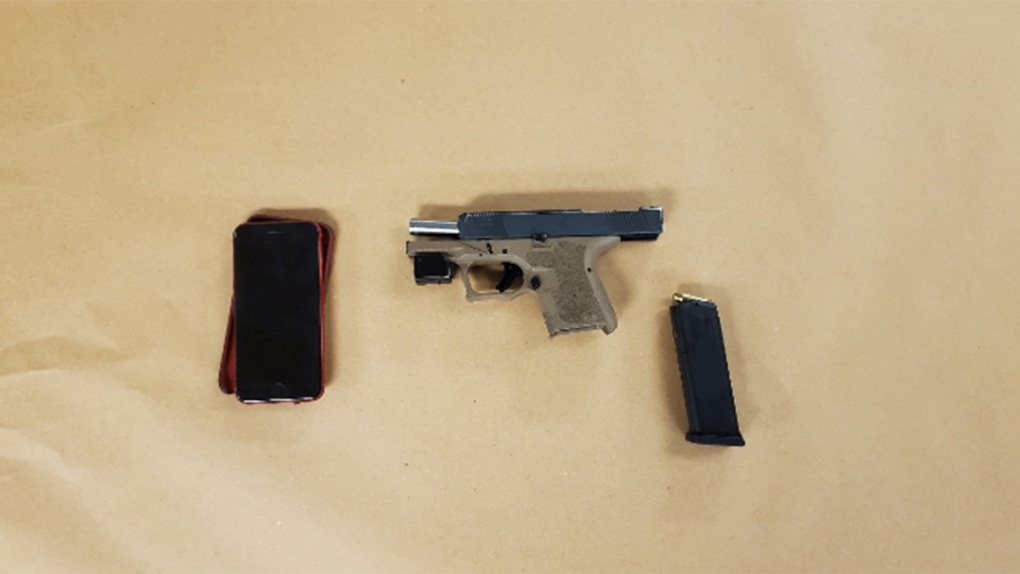 London police seized a handgun after a driver produced the weapon from his vehicle, Saturday March 6, 2021 (Source: London Police Services)

LONDON, ONT. -- A loaded gun was seized after a driver allegedly brandished a firearm while inside their vehicle.

Just before 5:30 p.m. Saturday, a couple were travelling southbound near Huron Street on Adelaide Street in their vehicle.

When an SUV pulled up beside them, they allegedly saw the male driver produce a firearm prior to continuing his drive.

The SUV, with the driver and female passenger, was located by officers downtown after a description of the vehicle was provided to police.

Upon executing a search warrant, the following items were seized:

The driver, a 19-year-old male and his passenger, a 20-year-old female, both of London have been charged with:

The accused are both expected to appear in court Monday.