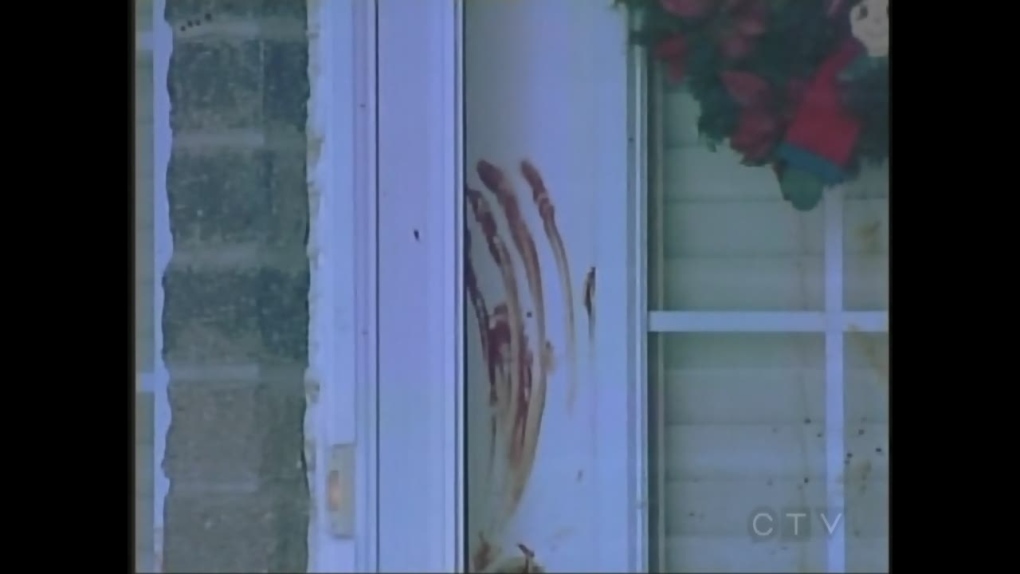 Blood is seen outside a neighbour's home near where a robbery was reported in London, Ont. on Wednesday, Dec. 10, 2014.

London police say a 56-year-old man was assaulted and sent to hospital with non-life-threatening injuries. He was discharged a few hours later.

The incident took place on Wednesday around 6 a.m. at a home near Hamilton Road and Crimson Cresent.

Officers believe this was an isolated incident and there is no concern for the general public.

Police seized a crowbar, sawed-off single-shot .22 rifle, iPhone (taken from the robbery) and 15 grams of marijuana.

Small and Bartley have both been charged with:

Small has also been charged with unlawfully possessing a Schedule II substance.

Detectives are continuing with the investigation. Anyone with information is asked to call the London Police Service at 519-661-5670 or Crime Stoppers at 1-800-222-TIPS.