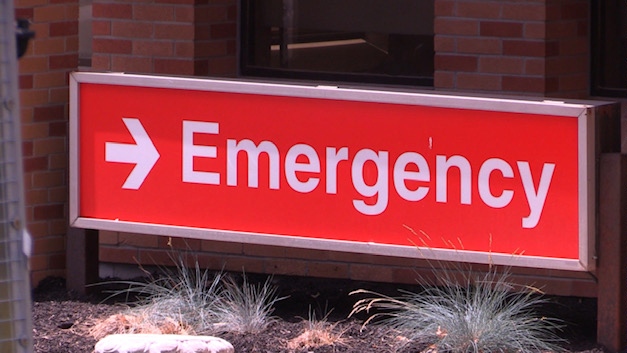 It’s not the kind of news folks in Clinton, wanted to hear. Their community’s emergency room will be unavailable for the entire Canada Day long weekend.

“No one likes to lose services they’re used to having, especially when they’re medical services, that might endanger someone’s life. So, no, not good news,” says Municipality of Central Huron Mayor Jim Ginn.

For 84 hours, starting Friday night, and lasting until Tuesday morning, the Clinton Public Hospital’s Emergency Room will be closed, marking the longest ER closure in Clinton’s history. Physician and nursing shortages are to blame, says Deborah Wiseman, chief nursing executive with the Huron-Perth Healthcare Alliance, who anticipates more service disruptions to come this summer and beyond.

“Not just this weekend, but what you’ll see is more to come. I’m going to say for the next six months to several years, with our human healthcare shortages, both in the nursing and physician areas. We are really struggling to maintain services,” says Wiseman.

Clinton is not alone. The emergency room at the Listowel Memorial Hospital will be closed from Friday evening, until Saturday morning. Staff shortages are to blame as well.

“For the last two years, our staff have gone above and beyond and now need a break. We simply cannot ask them to do more,” says Listowel-Wingham Hospitals Alliance president Karl Ellis.

Three times last year, Clinton’s Emergency Room had to be closed for 24 hours, and an overnight ER closure has been in place since December 2019. It has some in the community fearing for the hospital’s future.

“A hospital is a fundamental part of the community, and people will decide to come or not come, based on whether there is a hospital or not. So, yeah, you always worry about that,” says Mayor Ginn.

Residents aren’t happy about the emergency room closures but seem resigned to the reality of the situation.

“If there’s an emergency still close by, it’s 10 minutes to Seaforth. We want it open as much as they can, but if they can’t make it work every day, then we’ll just have to work around that,” says Ian Fleming, who lives near Clinton.

Wiseman says they are investigating everything to try and resolve the healthcare worker shortage, and keep their Emergency Rooms open, including using paramedics in the ER.

“We don’t want to pull from one area and have that impact the community. We’re trying to be very careful and thoughtful before we make any decisions, of that nature. But, we are investigating all opportunities, for sure,” she says.

The federal government is adding new passport service locations across Canada as a backlog in processing applications continues.

Much of the B.C.’s South Coast is under a heat warning with temperatures expected to soar.

Newly disclosed documents show federal intelligence officials warned decision-makers that the police dispersal of 'Freedom Convoy' protesters in Ottawa last winter could prompt an 'opportunistic attack' against a politician or symbol of government.

TikToker puts restaurants, bars to the test over wheelchair accessibility

A Toronto-based disability advocate is using the power of TikTok to raise awareness over the lack of wheelchair accessibility at many restaurants and bars.