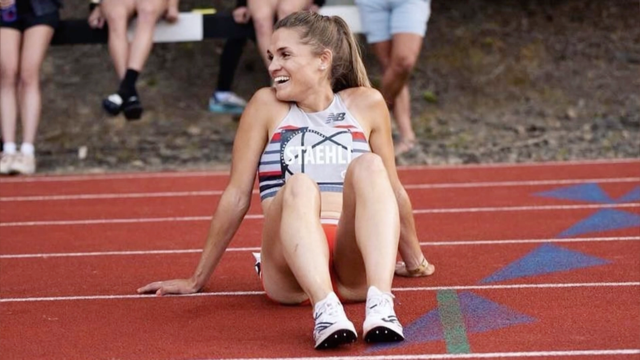 Julie-Anne Staehli and Josh Cassidy are heading to England.

The Lucknow, Ont. runner and the Port Elgin, Ont. wheelchair racer were named to Canada’s Team for the upcoming Commonwealth Games in Birmingham, England.

This will be Staehli’s first Commonwealth Games. She’s coming off her first Olympic appearance for Canada, in Tokyo, coming in 32nd in the women’s 5,000 metres.

This will be Cassidy’s third Commonwealth Games. The 2012 Boston Marathon champion is also a three-time Canadian Paralympian.

Staehli and Cassidy are two of 43 athletes heading to England to represent Canada next month at the Commonwealth Games, taking place from July 28 to August 8.

Health Canada says Canadians ages 12 and up can now be given the Pfizer-BioNTech COVID-19 booster vaccine that targets the BA.4 and BA.5 strains of the Omicron variant.

Who is Danielle Smith? UCP leader and Alberta's next premier

The United Conservative Party has placed Danielle Smith, the former leader of the now defunct Wildrose Party, at the helm as it looks to solidify support ahead of the next provincial election.

Putin's path: from pledges of stability to nuclear threats

As he turns 70 on Friday, Russian President Vladimir Putin finds himself in the eye of a storm of his own making: His army is suffering humiliating defeats in Ukraine. Hundreds of thousands of Russians are fleeing his mobilization order, and his top lieutenants are publicly insulting military leaders.

'There'll be no turkey': Sombre Thanksgiving for Atlantic Canadians hit hard by Fiona

The Thanksgiving holiday weekend has been dampened for thousands in Prince Edward Island and Nova Scotia who are still without power -- almost two weeks since Fiona hit on Sept. 24.

September jobless rate falls to 5.2 per cent as fewer Canadians look for work

Chief of the defence staff Gen. Wayne Eyre has ordered an immediate halt to all non-essential activities in favour of boosting military recruitment and retention, as the Canadian Armed Forces faces an unprecedented personnel crisis.