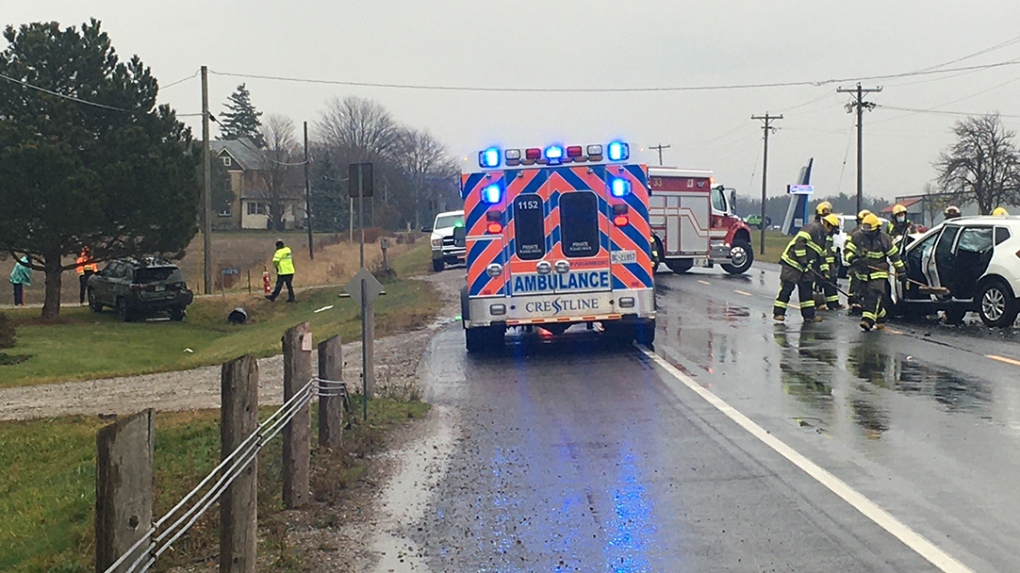 LONDON, ONT. -- Two women were taken to hospital after a two vehicle on Highway 3, just east of St. Thomas.

Emergency responders were called to the scene around the noon hour on Monday.

A vehicle was making a left turn off of the highway, heading into a business near the airport.

It was struck from behind, propelling it across the oncoming lane of traffic and past a large tree on a nearby property.

Central Elgin Fire Chief Murray Decorte says it was fortunate there was no other traffic on the normally busy section of highway or the situation could have been much more serious.

The drivers of the two vehicles were believed to have non-life threatening injuries.